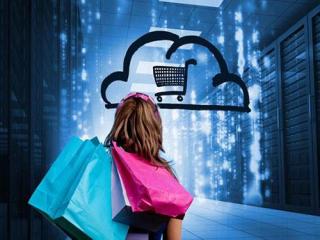 Retailers are doubling down on their efforts to build online environments that are increasingly like the physical world.

As virtual environments come of age, retailers and consumer goods companies are investing in immersive technologies to build “real virtualities,” or digital environments that are increasingly realistic, engage all senses  and create a greater connection to the physical world, according to a report from Accenture.

For instance, he continued, in beauty —  an industry at the forefront of tech-led innovation —  some brands made the most of their “high engagement” nature by using augmented and virtual reality so that people could “try” different makeup shades, something they previously could only do in stores.

“Although current immersive technologies mostly engage our senses of vision and hearing, over time they will become increasingly realistic, engaging all senses and turbo-charging a brand’s competitive advantage in the process,” Wright said. “In the future manufacturers will not just be making products, they will also be creating new services and experiences and forming an even greater connection to the end consumer in the process.”

Other findings of Accenture’s Business Futures report are below.

Previous Accenture research found that one in five consumers moved online for virtual consultations (e.g. hair, makeup) and almost half (46%) plan to continue to do so going forward. Further, the research found that consumers are three times more likely to purchase products such as make-up, fashion and food online now compared to pre-pandemic.

“Immersive technology and virtual try-before-you-buy AR experiences can be applied to a wide range of products and can help by giving customers a better idea of what they are buying thus cutting down on returns. In addition, customization or personalization can increase customer loyalty and emotional attachment to a brand,” said Jill Standish, global head of Accenture’s retail industry group.

[Read More: Why the pandemic has created new urgency around digital engagement]