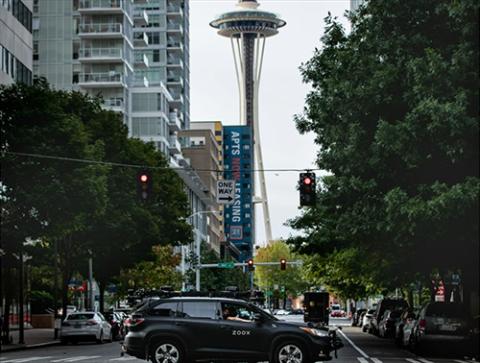 Autonomous vehicles from Amazon’s Zoox subsidiary will soon be traveling the rainy streets of Seattle.

The e-tail giant, which acquired autonomous vehicle startup Zoox for a reported cost of over $1.2 billion in June 2020, will bring testing of Zoox vehicle to Seattle. Zoox has been testing its L3 self-driving vehicle prototype in Las Vegas and the San Francisco Bay Area for more than four years.

Testing in Seattle will expose the vehicle and its artificial intelligence technology to a fresh set of environmental conditions, including different weather and infrastructure, different by-laws and a “different driving culture,” Amazon said. The experience will help iterate the system’s hardware and software, ultimately broadening the capabilities of Zoox. Additionally, expanding the vehicle test will give Amazon the ability to create geofences and maps specific to the Seattle area, including road features such as bike lanes, speed limits, and traffic lights.

“A smooth sea never made a skilled sailor, and it’s the exact same principle for our technology," said Kai Wang, director of prediction at Zoox, in an Amazon corporate blog post. "The challenges of the Seattle area will let us hone our software stack and ultimately improve the behavior of our vehicles.”

Zoox L3 vehicles consist of all-wheel drive Toyota Highlanders that are outfitted with its latest software stack, and have a safety driver to take control if needed. Zoox’s vehicle sensors work together to build a picture of their vehicle’s surroundings. Amazon intends for testing these sensors in varied conditions to highlight specific areas to help further systems development.

Since Amazon acquired Zoox, the company has also moved forward with the pilot of a fully functional, electric, autonomous vehicle that is designed for dense, urban environments. In December 2020, Zoox unveiled the new robotaxi, which is capable of operating up to 75 miles per hour and will directly compete with automated ride-hailing vehicles from companies such as Waymo (owned by Google) and Uber.

And Amazon’s Zoox is hardly the only player in the automated delivery vehicle space. In April 2021, parcel delivery giant FedExentered a multi-year, multi-phase agreement to test a Nuro autonomous delivery vehicle within its operations. In addition, retailers including Walmart, Domino’s Pizza, Chipotle Mexican Grill, and CVS have all tested Nuro self-driving delivery vehicles.

Zoox is planning to open an office in the Seattle area in 2022. This will be Zoox’s fourth base and testing site, following San Francisco, Las Vegas, and its original headquarters in Foster City, California. Las Vegas and San Francisco are still the company’s focus for launch. Amazon says it will not launch Zoox until it is certain that the vehicle is “meaningfully” safer than human driving.

“We’re excited to be testing in Seattle. The data we’re gathering will be invaluable for the continued development of our AI stack," said Jesse Levinson, CTO and co-founder of Zoox, in the post.