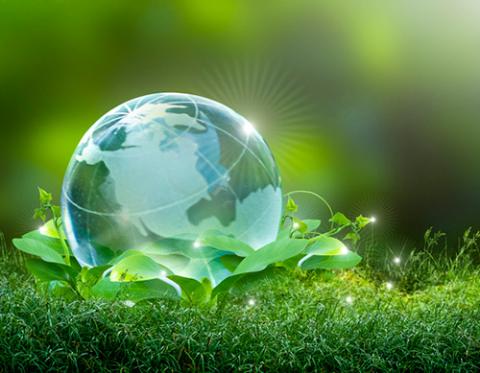 Amazon is taking another step forward in its decarbonization efforts.

The e-tail giant has signed an agreement with Plug Power to supply 10,950 tons per year of green hydrogen for its transportation and building operations, starting in 2025. Amazon will start to use green hydrogen to replace grey hydrogen, diesel, and other fossil fuels.

Green hydrogen is produced through the electrolysis of water with electricity generated from zero-carbon sources and only harmless oxygen is emitted during the process, making it a clean, secure and affordable energy solution. Amazon says this green hydrogen supply contract will provide enough annual power for 30,000 forklifts or 800 heavy-duty trucks used in long-haul transportation.

This new agreement, which has been in the works since Amazon and Plug Power first began collaborating in 2017, fits into both Amazon’s stated goals of powering 100% of its operations with renewable energy by 2025—five years ahead of the original target of 2030—and of reaching net-zero carbon by 2040—10 years ahead of the Paris Agreement.

Amazon is also delivering on its Shipment Zero vision to make all Amazon shipments net-zero carbon, with 50% net-zero carbon by 2030, and purchasing 100,000 electric delivery vehicles from Rivian, the largest order ever of electric delivery vehicles. In addition, the company is also investing $2 billion in the development of decarbonizing services and solutions through the Climate Pledge Fund.

Chief Amazon rival Walmart recently signed an agreement with Plug Power for an option to deliver up to 20 tons per day of liquid green hydrogen to power up to 9,500 material handling lift trucks across the discounter’s U.S. distribution and fulfillment centers.

“We already have more than 70 fulfillment centers outfitted with hydrogen storage and dispensing systems, which will allow us to start using green hydrogen to replace fossil fuels. Today, we use that system to power over 15,000 fuel-cell propelled forklifts, with plans to grow that number to 20,000 across 100 fulfillment centers by 2025. That’s just the start,” said Dean Fullerton, VP of global engineering and security services at Amazon. “Across Amazon’s operations, we’re exploring and testing the use of other hydrogen applications, such as fuel-cell electric trucks and fuel-cell power generation stations providing electricity to Amazon buildings.”

“Amazon is proud to be an early adopter of green hydrogen given its potential to decarbonize hard-to-abate sectors like long-haul trucking, steel manufacturing, aviation, and ocean shipping,” said Kara Hurst, VP of worldwide sustainability at Amazon. “We are relentless in our pursuit to meet our Climate Pledge commitment to be net-zero carbon across our operations by 2040, and believe that scaling the supply and demand for green hydrogen, such as through this agreement with Plug Power, will play a key role in helping us achieve our goals.”

As part of its commitment to reach net-zero carbon by 2040, Amazon co-founded The Climate Pledge in 2019, The Pledge now has more than 300 signatories, including Best Buy, IBM, Microsoft, PepsiCo, Siemens, Unilever, Verizon, and Visa.