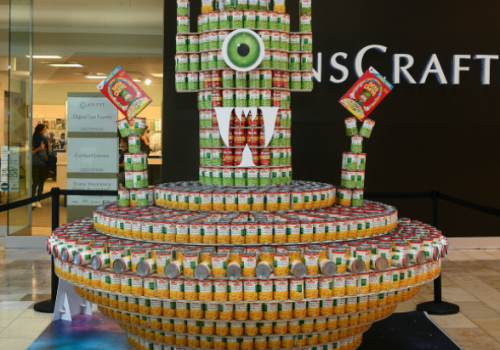 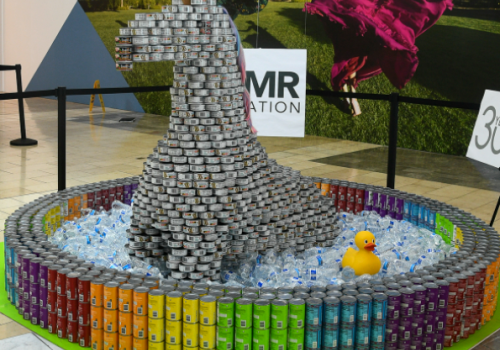 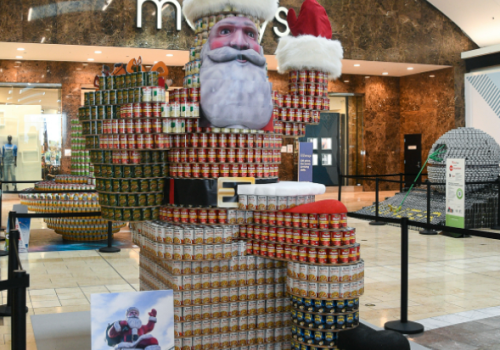 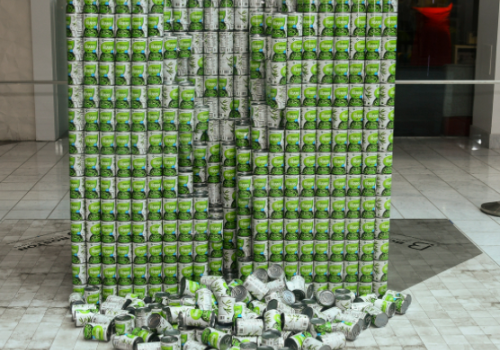 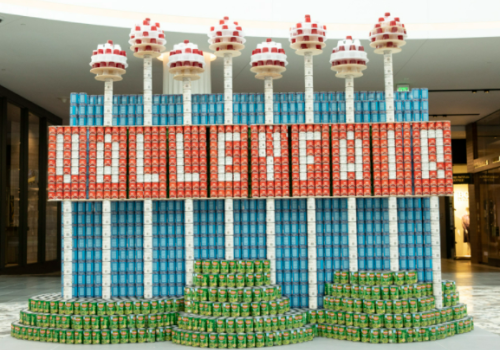 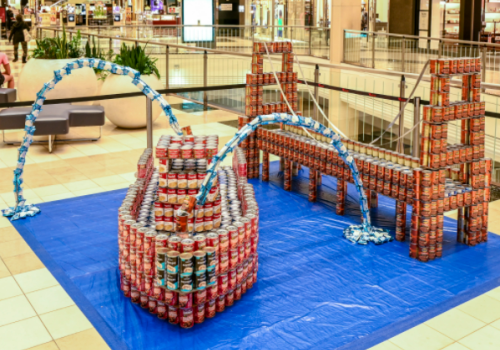 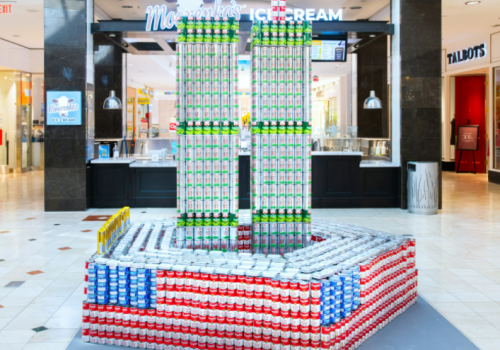 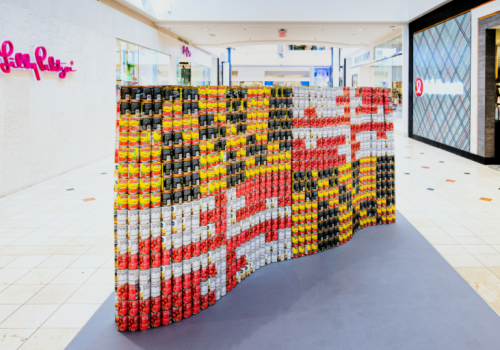 Endeavoring to turn malls and shopping centers into gathering places and community centers, owners have nearly all been inviting artists into their properties. Unibail Rodamco Westfield is one, but this major mall owner invited suppliers and allied businesses to erect sculptures in its malls.

Twenty-three of them accepted URW’s challenge to buy carloads of canned goods and turn them into everything from battleships to the World Trade Center to the state flag of Maryland (at, of course, Westfield’s Montgomery Mall in Bethesda).

The mall owner’s #WestfieldCares program—launched last year in response to the pandemic—partnered with a charity called Canstruction to assemble the competition, which runs this month four other malls: San Francisco Center, Century City in Los Angeles, Valley Fair in San Jose, and Garden State Plaza in New Jersey.

"Our team members went out to each of the five locations to build an exhibit. Many made sacrifices of their own time to travel and do it," said Adam Acosta, marketing director of Boston Retail Solutions, a supplier of shopping center barricades with graphic designs. "It was great to see our teams across the country work together on such a worthwhile cause: feeding the hungry."

Competitors are charged with purchasing all the canned goods, which Canstruction later distributes to homeless or economically challenged families, seniors, and children.

Winners will be selected at each center under the categories of People's Choice, Best Use of Labels, and Best Structural Ingenuity. Those designees will then vie for the singular title of Best of Westfield.