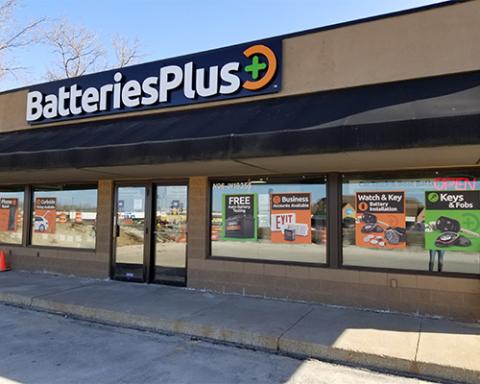 Batteries Plus is hiring a new director of exit strategy support.

Batteries Plus is tapping a franchise industry veteran to fill a new c-suite position focused on lifecycle support.

The specialty retailer of batteries, lights bulbs, key fobs and phone repair is hiring Hugh Robertson as director of exit strategy support. In his new role, Robertson will educate, advise, and assist Batteries Plus franchisees with their exit strategies – offering support for owners from the time of purchase to the date of sale.

Having spent more than 25 years in the franchising industry, Robertson joins the company with experience including expertise in small to medium size business transfer, franchise consulting and franchise operations. In the short term, Robertson will be focused on making sure the Batteries Plus franchise system is aware of his new role and educating franchisees on what the company can do for them if they are considering their eventual exit from their investment.

Batteries Plus eyes aggressive growth
Robertson is joining Batteries Plus as it is in the midst of a major expansion program. In January, the company announced it has set new company goals to sign an additional 60 stores this year while opening another 55 across the country by year’s end. Target development markets for the brand in 2022 are centered on a growing presence in the Northeast, specifically from Philadelphia to Boston, and Southern California.

In June 2022, Batteries Plus launched expansion into Southern Florida. It has signed franchise developments for 10 stores in locations that include Boca Raton, Miami-Dade, and Broward Counties; Miami, Naples, and Fort Myers. So far this year, Batteries Plus has signed agreements 35 new locations.

Batteries Plus also opened 22 stores in 2021 and had a total of 88 signings through multi-unit agreements and organic growth with current franchisees.

“As soon as I began discussions with the Batteries Plus team, it was clear that there was a commitment to putting together a top-level resale program for the franchise system that would exceed anything in the franchise industry,” said Robertson. “The brand has a clear common goal of wanting to be the best and most supportive company in franchising and I am excited to be a part of that.”

“At Batteries Plus, we understand that opening your store is a very exciting time full of learning, hiring, serving customers and executing plans to make yourself successful. But we also realize the importance of planning your exit strategy,” said Joe Malmuth, VP of franchise development and relations for Batteries Plus. “Having a long-term exit strategy will protect our franchisees and their business – ultimately helping them reach their personal and professional goals. Hugh will play a large part in working with our franchisees to develop and execute those strategies.”

Based in Hartland, Wis., Batteries Plus is owned by Freeman Spogli, a private equity firm based in Los Angeles and New York City.