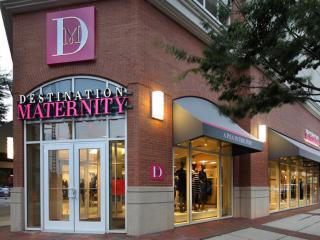 Destination Maternity has a new board—and a new interim CEO.

Following a drawn-out and bitter proxy battle, and based on preliminary results, all four members of a dissident slate—three of them women— took seats from incumbent directors at Destination Maternity’s annual meeting on Wednesday. The losing slate, which was supported by the retailer, included three men and one woman, interim CEO Melissa Payner-Gregor.

Female-dominated board of directors are extremely rate, reported CNBC. Only once in the three years starting in January 2015, has a management team or dissident put forth a slate in the U.S. that had a majority women nominees, said CNBC, which cited Proxy Insight.

The newly elected Destination Maternity board includes Marla Ryan, founder of Lola Advisors, a business consultancy for the apparel, beauty and wellness industry, who takes over as interim CEO, according to philly.com. Previously, she held senior positions at Lands' End and J. Crew.

“We are excited to start working with Destination Maternity’s highly talented employees to grow the business and drive performance,” stated Ryla. “I am confident that the current board and management team will work closely with us – as they already have been – on a smooth transition, which is in the best interests of all the company’s stakeholders. We look forward to helping realize the unique promise of this brand and business.”

While the results have not yet been certified, the preliminary vote count showed that all four dissidents were elected, Reuters reported.
Advertisement