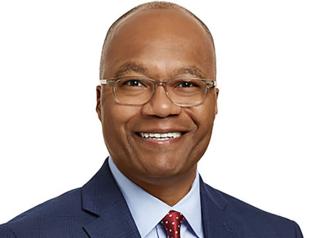 J.C. Penney is now looking for a CEO and a CFO.

The department store retailer announced late Thursday that Jeffrey Davis is resigning from his position as executive VP and CFO in order to pursue another opportunity. His resignation is effective Oct.1.

Jerry Murray, senior VP of finance, will serve as interim CFO while the company begins a search for Davis’ successor. Penney will review both internal and external candidates.

“On behalf of our board and leadership team, I want to thank Jeff for his service to J.C. Penney,” said Ronald W. Tysoe, chairman. “His leadership has been instrumental as both the Company’s chief financial officer and as a member of the Office of the CEO. We wish him much success in his future endeavors, and we thank Jerry for stepping in to assume this leadership role.”

Penney is still conducting a search for a chief executive to replace Marvin Ellison, who abruptly resigned from the chain, effective June 1, to take the top spot at Lowe’s. Tysoe told the Dallas News in July that the company has met a “very diverse” group of candidates. Among the candidates being evaluated include former CEOs, as well as executives with apparel merchandising background and big-box experience. The company wants a candidate who is in tune with today’s challenges of being both an online and store retailer, the report said.
Advertisement