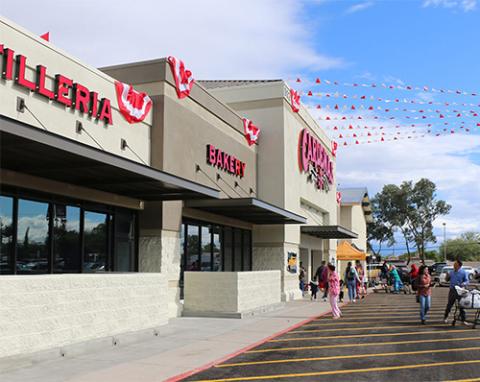 An acquisition will result in the merger of two ethnic grocers.

The deal follows Apollo Funds’ purchase earlier this year of ethnic grocer Tony’s Fresh Market, which has 18 stores in the Chicago area.  The firm plans to combine Tony with Cardenas to create a Hispanic- and ethnic-focused grocer.  The two companies will continue to operate under their respective brands and local leadership but will benefit from “greater scale, complementary capabilities and an expanded operating footprint,” Apollo said in a release.

The combined Cardenas-Tony’s footprint will span nearly 80 stores across the Western and Midwest United States with approximately $1.8 billion in combined revenues. Cardenas CEO Doug Sanders will serve as CEO of the combined company and the Cardenas chain. Frank Ingraffia will continue to serve as the CEO of Tony’s.

“Together, as two of the highest quality Hispanic and

ethnic grocers, we can deliver even greater value to the communities we serve,” stated Sanders. “Apollo private equity has an extensive best-in-class track record of success in food retail.”

In a statement, Andrew Jhawar and Joanna Reiss, Apollo Private Equity partners, said: “Cardenas has grown significantly over the last several years under Doug’s leadership and we are excited to accelerate its growth in combination with Tony’s in this next phase.”

“Cardenas and Tony’s have robust positions in the ethnic grocer space, and together can leverage best practices across their complementary go-to-market strategies, merchandising, customer loyalty programs and more,” they continued. “This transaction will combine the best of both retailers and provide greater opportunities and scale for the respective brands and teams as they continue to bring quality, affordable. groceries to diverse communities.”

Last week, Cardenas said it had entered into an agreement to acquire Hispanic grocer Rio Ranch Market, which has six supermarkets in Southern California.

“Cardenas Markets is stronger than ever, and this acquisition further solidifies the company’s position as one of the leading Hispanic supermarket chains in the country,” Sanders said in a statement at the time.