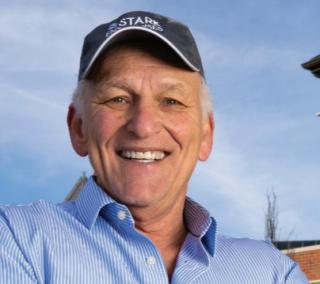 Bob Stark hands the reins of Stark Enterprises over to his son Ezra.

Taking over as CEO of the Cleveland-based company is his son Ezra, just as Bob once took the retail real estate baton from his father Fred, one of the first developers of the modern strip center.

“I’ve had a pretty good run,” Bob said. “As much as I’d love to continue on as CEO, I’m more than content with the culture and legacy that I have built here. Both Ezra and Brian have shown incredible aptitude as leaders in their time here, and they have an amazing support system from top to bottom with the team at Stark Enterprises.”

Brian Midlik will take over as chief operating officer from Ezra Stark, who now assumes the CEO’s office at the company whose other notable Ohio retail projects include Eton Chagrin Blvd. in Woodmere and The Strip in Jackson Township.

Crocker Park remains the company’s most notable achievement, however.  To a discreet suburban location west of Cleveland, Stark brought 12 city blocks, laid out in a planned streetscape lined with 100-plus stores and restaurants and topped by more than 500 apartments.  The project includes a community center, parks, single-family houses, and athletic facilities. American Greetings moved its headquarters there in 2016 and several team members of Cleveland’s Browns, Cavaliers, and Indians have made their homes there, as well.

“Crocker Park went all the way in a way no one else had before. We stacked different uses on top of each other, with day workers and residents doing everything in the same place,” Bob Stark told Chain Store Age in 2019. “That creates a positive tension that energizes a development.”

To learn the entire business, Ezra in 2006 took off on a tour of leadership roles encompassing leasing, development, and asset management. Since then, he has since grown the company’s footprint to eight million square feet of Class A properties with a current value of over $2 billion. Under him, the portfolio has broadened its range of asset classes and has expanded to Texas, Florida, Pennsylvania, and Connecticut.