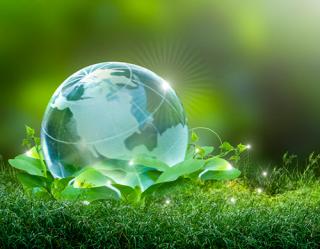 A new survey reveals just how much shoppers will sacrifice in the name of sustainable retailing.

The data also showed the COVID-19 pandemic had a noticeable impact on consumer sustainability habits. More than four in 10 (44%) of consumers said their interest in shopping sustainably increased since the start of the pandemic.

For those influenced by social media, Facebook and Instagram had the biggest influence, with 31% and 28%, respectively. Facebook is the most popular platform for ages 45 and older, and Instagram for ages 18-44. TikTok (16%) and Snapchat (5%) were not as large of an influence with respondents overall. Unsurprisingly, TikTok had a larger appeal for respondents ages 18-29 (28%).

Another recent study, “2022 Retail and Sustainability Survey” from enterprise technology and outsourcing provider CGS, reveals that 79% of surveyed consumers believe that sustainability is “somewhat important” to “very important” when purchasing apparel/footwear products. This is a return to pre-pandemic levels, with only 51% of consumers saying they considered sustainability “somewhat important” when shopping in the 2020 edition of the survey.  In addition, almost seven in 10 (68%) respondents would pay more for sustainable products.

“During the pandemic, many businesses had to temporarily trade-off sustainability for the sake of public health and safety. Essential stores such as grocery eliminated reusable bag use and nearly all brick-and-mortar shops strengthened or in some cases added new online commerce operations with delivery options. This shifted more sales online that previously would have occurred in-store,” said Edward Wong, senior VP, global retail sector leader at Blue Yonder. “As retail emerges from pandemic-era practices, sustainability is back in focus. The findings of this study reflect the paradigm shift toward a more environmentally friendly supply chain as consumers are now willing to do their part to embrace more sustainable shopping habits.”

Blue Yonder collected responses in March 2022 from over 1,000 U.S.-based consumers, 18-years and older, via a third-party provider for this survey.