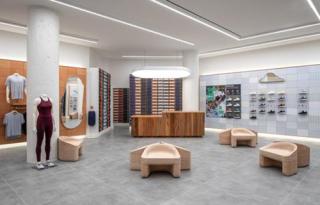 Footwear brand Allbirds has filed for an initial public offering amid growing consumer demand for — and investor interest in — sustainable products.

The digitally native brand, which is known for its use of merino wool, eucalyptus tree fiber and other sustainable materials in its signature sneakers and other items, applied to list its Class A common stock on the Nasdaq exchange under the ticker symbol BIRD. The company, which is valued at an estimated $1.7 billion, listed the size of the offering as $100 million, a placeholder that will change when terms of the share sale are set.

According to documents filed with the Securities and Exchange Commission, the San Francisco-based Allbirds has been losing money since its founding and expects to “continue to incur losses for the foreseeable future.”Allbirds’ net loss totaled $14.5 million in 2019, growing to $25.9 million in 2020. For the six-month period ended June 30, Allbirds reported a loss of $21.1 million.

Allbirds opened its first brick-and-mortar store in fall 2017. The number has since grown to 30 locations (includes 12 global stores), the most recent being a 3,000-sq.-ft. outpost in Atlanta.  The company  plans to accelerate its expansion in the future.

"We have just scratched the surface of our store potential, particularly in the United States," the company stated. "We are in the early phase of a ramp towards hundreds of potential locations in the future, with strong unit economics. While our store channel already generates strong results on a standalone basis, the real power of our vertical retail strategy is the synergy between the physical and digital sides of our business. This synergy takes the form of increased brand awareness and website traffic in the regions where we open new stores, driving an overall lift in sales."

Sustainability has been key to the Allbirds brand since it was founded in 2015. The carbon footprint of each product is displayed in its stores – a first for the fashion and footwear industry, according to the company, and a hallmark of Allbirds’ approach to sustainability.

"Allbirds is a global lifestyle brand that innovates with naturally derived materials to make better footwear and apparel products in a better way, while treading lighter on our planet," the company stated in its prospectus.

Allbirds’ IPO follows a similar move by digitally native Warby Parker, which has also seen continuing losses even as its sales rose.