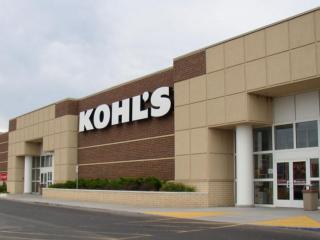 Kohl’s has kicked off its new fiscal year on a very somber note, with total sales down by 2.9%. While this continues the trend started last quarter, the difference this period is that prior year numbers are nowhere near as tough and that comparable sales have also fallen by 3.4%. On the bottom line operating and net income were both down on the prior year. There is no doubt that this represents, at the very least, a serious diversion on Kohl’s road to recovery.

In our view, there are several reasons behind the deterioration in trading.

Foremost among them is a more sluggish consumer economy. Last year, shoppers were spending freely and were able and willing to make purchases of discretionary products. While demand has not dropped off a cliff, there has been a material tightening of conditions and sentiment this year and it has affected Kohl’s shopper base more than most. Some customers are buying less, others have cut out purchases entirely and this has resulted in much softer sales.

This dynamic has not been helped by the fact that prior year numbers are relatively good. Admittedly, they are nowhere near as tough as they were last quarter, but the fact that Kohl’s traded at an elevated level for most of 2018, means that the company has a much higher bar to leap over this year. That it has not managed to make the jump is disappointing and raises some questions about the recovery, but it can take a crumb of comfort from the fact its decline comes off the back of a good period of trading.

From our analysis, there also appears to have been a particular softness in womenswear this quarter. Some of this is down to economic conditions, some of it is down to the weather which was not conducive to new spring ranges, but some is also down to a bit of a lackluster assortment which seemed to lack ‘wow’ or ‘statement’ pieces which compel people to buy. This was not aided by weaker footfall, which could be the result of the wetter weather discouraging people to venture outdoors.

The weaker demand coincided with modestly higher operating costs and resulted in some discounting. These things, along with an impairment charge, had a negative impact on the bottom line where operating income fell by a sharp 44%. Fortunately, lower interest and tax expenses meant net income declined by a less dramatic 17.3%.

The question now is has Kohl’s recovery stalled for good, or is this just a temporary downturn in performance? In our opinion, the jury is still out, but we tend to take a fairly favorable view – especially compared to other department stores – not least because of the various initiatives the company is putting into play.

There is an active attempt to attract younger, millennial shoppers to Kohl’s with the Outfit Bar concept which has already been rolled out to a select number of stores. The further development of own brand product will also aid margins and promote exclusivity. Meanwhile, the expansion of the Amazon returns program should help to boost footfall across the physical estate.

Even so, there is little doubt that performance will be more modest than in 2018. In our view, this is understandable, and we hope Kohl’s manages this prudently and does not undertake questionable acquisitions – such as the rumored deal with At Home – which would prove costly, distracting and do little to boost the core business.
Advertisement