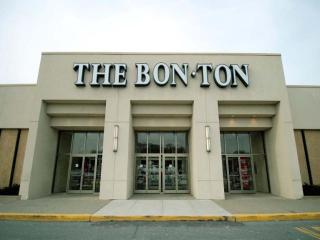 The Bon-Ton Stores is hoping to improve its flagging business with a two-year, four-part turnaround plan.

The plan, which was outlined in a Securities and Exchange Commission filing, is comprehensive and includes assessing the chain’s store portfolio, improving merchandise assortment with more in-demand items, implementing planning and allocation strategies, and improving its marketing. It also includes capital investments in stores. The plan also looks to increase Bon-Ton’s e-commerce penetration, growing to $431 million in 2019 from $283 million in 2017. The restructuring could occur through an out-of-court transaction or through a Chapter 11 filing.

Bon Ton operates 260 stores under such banners as Bon-Ton, Bergner’s, Boston Store, Carson’s, Elder-Beerman, Herberger’s and Younkers. The company previously said it expects to close at least 40 stores in 2018. The turnaround plan puts the number at 42, and potentially three more. It also advised there are at least another 20 stores that should be placed on a “watch list”

Bon-Ton, which is burdened with about $1.1 billion in debt, has been unprofitable for the past six years. It recently entered into a forbearance agreement after missing a deadline for a $14 million debt payment.

“As previously disclosed, Bon-Ton continues to work with our advisers and debtholders to evaluate potential options for the restructuring of the company’s balance sheet and other strategic alternatives,” the company said in a statement. “At the same time, we are also focused on executing the merchandising, marketing, cost reduction and store rationalization initiatives that are part of the comprehensive turnaround plan for the business we outlined in November. We are committed to pursuing the path that we believe is in the best interests of the company and its stakeholders.”

Under the plan, $45 million would need to be raised, possibly from venture capital funds, industry investors or others, with the new investor being given controlling interest in the company, reported the Milwaukee Journal Sentinel.