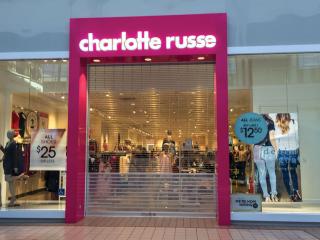 Mounting debt and sluggish mall traffic has taken a toll on another specialty apparel retailer.

Charlotte Russe Holdings Corp. announced it has filed for Chapter 11 bankruptcy protection. The teen fashion retailer said it plans to close about 95 stores while continuing to pursue a sale of the business and assets. Charlotte Russe operates more than 500 stores, including 10 under its Peek Kids banners.

In 2009, Charlotte Russe was acquired by private equity firm Advent International for $380 million. In February 2018, the company announced a restructuring deal with its lenders that allowed it to slash its debt from $214 million to $90 million. But its sales have sagged amid a harsh climate for mall-based teen apparel retailers. In September, the company hired Berkeley Research Group to start exploring a possible restructuring.

All the company’s stores and online platforms are currently open and serving customers as usual. Charlotte Russe has received a commitment for up to $50 million debtor-in-possession financing that would help the company support its operations and administration during the Chapter 11 proceedings. The retailer listed assets between $500 million and $1 billion, with liabilities in the range of $100 million to $500 million, in its filing.