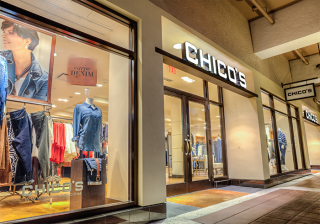 Chico’s FAS is making a change at the top of its namesake brand and shuttering 60 to 80 stores in 2019 following a disappointing fourth quarter.

The women's apparel retailer is appointing Karen McKibbin as president of Chico’s brand, effective April 1, 2019. She replaces Diane Ellis, who left her position at the end of November after a tough third quarter in which Chico's comp sales fell 10.2%. In her new role, McKibbin will oversee all business activities for Chico’s and report directly to Shelley Broader, CEO and president of the company.

In addition, as part of a previously announced plan to close approximately 250 stores across its Chico’s, White House | Black Market and Soma brands in the next three years, Chico’s plans to close 60-80 stores in 2019. Closures will take place in all three brands and weighted to the second half of the fiscal year. The closings are expected to have minimal impact on sales and earnings in fiscal 2019.

Chico’s is making these changes in the wake of a difficult fourth quarter of fiscal 2018. The company reported a net loss of $16.6 million, compared to net income of $28 million the same quarter a year earlier.

In addition to naming a new president of the Chico’s brand, Chico’s is making other efforts to improve performance in fiscal 2019. In January 2019, Chico’s initiated an ongoing review of its operations to identify opportunities to enhance its capabilities and reduce costs. The company has engaged outside consultants to assist with the review. As part of the review, Chico’s has identified opportunities for process improvement efficiencies and l annualized cost savings in its sourcing and supply chain. These efficiencies build upon the company's previous supply chain initiatives implemented in fiscal 2016.

Chico’s is also evaluating areas including marketing, shared services, and all customer touchpoints. The company remains on track to rollout Style Connect, an enhanced platform that provides digitized clienteling tools, to all stores in the first quarter of 2019. The rollout has already begun in eight U.S. markets, and includes training and placement of virtual stylists. Strategies to further improve product aesthetic and architecture are also underway for fall 2019.

"We achieved sequential improvement in comparable sales in all three brands in the fourth quarter, and with work continuing across the company, we believe we are better positioned heading into the new fiscal year,” stated Broader. “We are focused on driving sales, efficiencies and agility throughout the organization as we leverage our robust omnichannel capabilities. At our namesake Chico's brand, improvement actions are taking hold, and we expect that Karen, our new Chico's brand president, will further advance these efforts. I am confident that all the actions underway will enable the company to compete, succeed and drive value creation."
Advertisement