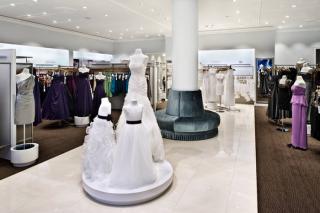 David’s Bridal is reportedly inching closer to a bankruptcy filing.

The wedding apparel retailer is close to reaching an agreement with lenders that would reduce its debt through a Chapter 11 bankruptcy filing, Bloomberg reported. David’s, which operates more than 300 stores, is saddled with a debt load of about $760 million stemming from its 2012 acquisition for more than $1 billion by private equity firm Clayton, Dubilier & Rice.

The filing would allow David’s to keep its stores open and operating with funding from existing lenders, according to the Bloomberg report.