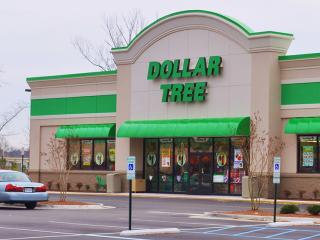 Dollar Tree is testing charging more than a dollar for some items as it reports upbeat first quarter financial results.

This month, the dollar store retailer launched its previously announced multi-price point pilot, currently referred to as “Dollar Tree Plus,” at an expanding number of Dollar Tree store locations. This test is designed to understand how Dollar Tree’s customers respond to the addition of merchandise at values greater than $1.

The company conducted planning during the first quarter 2019, including store selection and merchandising. In mid-May, Dollar Tree introduced Dollar Tree Plus merchandise into the first stores. The initial test phase is planned to be expanded to more than 100 urban, suburban and rural Dollar Tree store locations.

As the company tests lifting the restriction on the $1 price point, it is not raising prices on its current assortment of $1 items. Customers will see new Dollar Tree Plus items added to the Dollar Tree offering, promoted as “More Choices, More Sizes, and More Savings.”

“During this test, we look forward to measuring and assessing the initial results and understanding if the introduction of multiple price points across a broader set of stores is in the best interests of our customers, company and shareholders,” said Gary Philbin, president and CEO, Dollar Tree.

As announced in March 2019, the company is currently executing a store optimization program for its Family Dollar stores to improve performance. This includes a model for new and renovated Family Dollar stores, known as “H2,” which offers Dollar Tree $1 merchandise sections, an expanded party assortment and an expanded number of freezer and cooler doors.

According to Dollar Tree, H2 stores are delivering increased traffic with average comparable store sales increases of greater than 10%. The company entered fiscal 2019 with approximately 200 H2 stores and, as of May 4, 2019, had approximately 550 H2 stores. Dollar Tree plans to renovate at least 1,000 stores in fiscal 2019. As previously announced, Dollar Tree expects to close as many as 390 stores during fiscal 2019, the majority of which will take place in the second quarter.

Dollar Tree estimates consolidated net sales for the second quarter of 2019 to range from $5.66 billion to $5.76 billion, based on a low single-digit increase in same-store sales for the combined enterprise. Diluted earnings per share are estimated to be in the range of $0.64 to $0.73.

For fiscal 2019, Dollar Tree’s guidance includes the expectation that Section 301 tariffs will be 25% on List 1, 2, and 3 goods. However, its guidance does not include potential tariffs on List 4 goods.

The company estimates consolidated net sales for full-year fiscal 2019 will range from $23.51 billion to $23.83 billion. This estimate is based on a low single-digit increase in same-store sales and approximately 1% square footage growth. Diluted earnings per share are expected to range from $4.77 to $5.07.
Advertisement