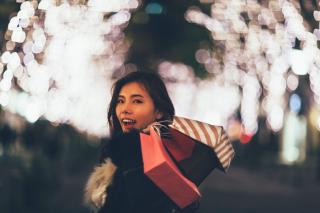 Consumers still have a lot of holiday shopping left to do — and that bodes well for brick-and-mortar stores.

“By using the results of those who indicated that they still had holiday shopping left to do and the Deloitte Holiday Survey retail sales estimate of $1.1 trillion, we determined that spending for the rest of the holiday season should fall between $250.9 billion and $357.9 billion,” said James Cook, head of retail research, JLL. “That is a big chunk that is still up for grabs in the last full week before Christmas. As we’ve passed many dates for guaranteed Christmas delivery online, we anticipate that brick-and-mortar locations will see the majority of this potential ‘last-minute’ spend.”