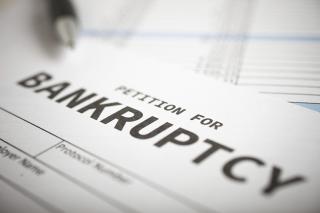 With a goal of moving its business forward, National Stores has filed for bankruptcy protection, and will shutter some stores to restructure its debt load.

The off-price retailer, which operates stores under such banners as Fallas, Factory 2-U and Anna’s Linen’s by Fallas, filed for Chapter 11 protection on Monday with plans to close 74 of its 344 locations. Store closing sales will begin on Thursday, Aug. 9.

National Stores is working with its vendors, lenders and other creditors on a reorganization plan that will help the company “return to profitability.” The company has already received a commitment for up to approximately $108 million in debtor-in-possession financing from its existing lenders, according to the retailer.

The discounter blames its financial setbacks on multiple factors, including some underperforming stores, and severe weather in various regions, such as Hurricane Maria, that resulted in the temporary closure of damaged stores. The company also suffered a financial loss from the acquisition of the 78-store chain, Conway Stores in 2014. The company’s financial strain worsened further following the company's data breach in January, as “access to operating funds diminished.”

“Our goal is to emerge a reorganized company poised to compete in an evolving industry so that we can continue to serve the communities where we are rooted,” he added. "Our employees can be assured that they will continue to receive their salaries and benefits, customers can continue to purchase the items they want … all of our stores will continue to honor gift cards, and we will maintain gift card sales at our remaining stores.”
Advertisement