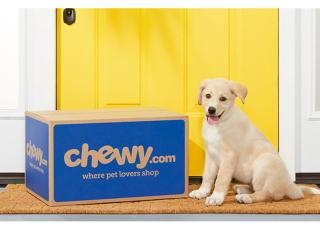 Chewy, which was purchased by PetSmart in May 2017 for about $3 billion in cash and lien notes in May 2017, filed a registration statement on Form S-1 with the U.S. Securities and Exchange Commission.

The number of shares to be offered and the price range for the proposed offering have not yet been determined. But the filing lists $100 million as a placeholder amount for the IPO.

Although Chewy has not publicly stated what it expects to raise from the IPO, CNBC reports that valuation estimations range from $4.15 billion to $4.75 billion. Chewy intends to apply to list its Class A common stock under the ticker symbol "CHWY."

According to a report from digital intelligence firm Jumpshot, Chewy made strong improvements in 2018, growing its online transactions by double-digit percentages and carving out a retail niche. But it remains unprofitable. During fiscal 2018, Chewy’s sales rose about 75% to $3.5 billion from $2.1 billion. Its net loss shrank to $268 million from $338 million.

PetSmart will remain majority owner of Chewy and intends to apply funds generated by the IPO to working capital and general corporate purposes. According to its SEC filing, Chewy offers more than 45,000 products through its website and mobile apps.