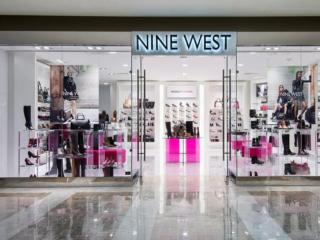 Massive debt has finally taken its toll on Nine West.

Nine West Holdings Inc. said Friday that it has filed for Chapter 11 bankruptcy protection, with a plan to sell its namesake and Bandolino footwear and handbag businesses as part of its reorganization to Authentic Brands Group. The company said it plans to revamp its capital structure around its profitable businesses, including Anne Klein, Kasper Group, The Jewelry Group and One Jeanswear Group.

“This is the right step to address our two divergent business profiles,” said Ralph Schipani, CEO, Nine West Holdings. “We will retain our strong, profitable and growing apparel, jewelry, and jeanswear businesses and continue to operate them under a new capital structure so that we can leverage their existing strengths to drive even greater growth.”

Nine West has one of the highest leverage ratios in the industry, with debt exceeding 19 times adjusted earnings, according to Moody’s Investors Service. (Its Chapter 11 filing listed debts of more than $1 billion.) The company missed a debt interest payment in March, setting off a 30-day period which the company must either make the payment or face bankruptcy.

“Once we complete the reorganization process, our company will have meaningfully reduced debt and interest costs and be well positioned for the future,” said Schipani.

Nine West was bought by Sycamore in 2014, when the private equity firm acquired the brand’s parent company, Jones Group Inc., in a deal valued at $2.2 billion.

Authentic Brands, which recently announced it would buy the Nautica brand from VF Corp., is the owner and licensor for a diverse range of brands including Frye, Jones New York, Juicy Couture, Greg Norman and Frederick’s of Hollywood. It will submit an initial bid for Nine West and Bandolino, and an auction will test the market for higher offers.

Nine West has received $300 million in debtor-in-possession financing and has entered into a restructuring agreement with the parties that hold more than 78% of its secured-term debt and more than 89% of its unsecured term debt, which the company said will provide it with the liquidity needed over the course of its case.
Advertisement