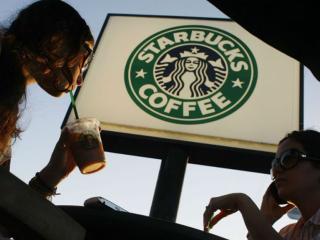 Starbucks Corp. came out of the gate running in its first quarter, with sales and earnings that beat Street estimates.

“Starbucks delivered solid operating results in the first quarter, demonstrating continued momentum in our business, as we drive our growth-at-scale agenda with focus and discipline,” said Kevin Johnson, president and CEO. “We are particularly pleased with the sequential improvement in quarterly comparable store transactions in the U.S., underpinned by our digital initiatives and improved execution of our in-store experience.”

Given what it termed its “strong start to the year,” the company kept its previous guidance of a GAAP revenue growth between 5% and 7% and an adjusted EPS between $2.68 and $2.73 for fiscal 2019.

Starbucks opened 541 net new stores in the first quarter, giving it a total of 29,865, a 7% increase over the prior year. Over two-thirds of the net new store openings were outside the United States, and approximately 50% were licensed.
Advertisement