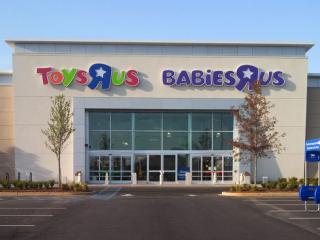 Struggling Toys “R” Us is planning to shrink its U.S. store portfolio by as much as 20% as it looks to emerge from bankruptcy protection before the 2018 holiday season, the retailer said in a court filing.

The planned closures, which include both Toys “R” Us and Babies “R” Us locations, still need court approval. But going-out-of-business sales are scheduled to begin in February and expected to be completed in April. In court documents, the nation’s largest toy store retailer also said that if it is able to negotiate more favorable lease terms some of the shutterings may be avoided.

In addition to closing stores, the company will convert a number locations into its combined Toys “R” Us and Babies “R” Us format. The company currently operates a total of approximately 840 stores in the United States.

The retailer also has won Bankruptcy Court approval of a plan to pay landlords up to $1.3 million to extend store leases beyond an April 16 deadline.

Toys “R” Us filed for bankruptcy in September, struggling under a heavy debt load and several years of lackluster sales due to increased competition from online competitors and discounters. Since then, the retailer has been working to reinvent itself and improve both its online and in-store shopping experience to appeal more to today’s customers. Its plans include smaller stores and a more inviting and interactive store experience. The chain also wants to revamp its loyalty program.

"The reinvention of our brands requires that we make tough decisions about our priorities and focus," stated Toys “R” Us CEO Dave Brandon in a note on the company's website. “The actions we are taking are necessary to give us the best chance to emerge from our bankruptcy proceedings as a more viable and competitive company."

The U.S. stores slated for closure include 12 in its home state of New Jersey, according to CNBC, and 15 in New York, including its Babies “R” Us flagship in Manhattan.

The store closings did not surprise industry analysts, some of whom predict the chain is likely to shutter even locations going forward.

"We see this as the first phase of a more robust real estate clean up effort at TRU," Jefferies analyst Stephanie Wissink told CNBC. "The move has been anticipated, but the size of the closure and the timing was heavily debated."

Toys “R” Us’ 83 locations in Canada are not part of the scheduled store closings, Melanie Teed-Murch, president of the Canadian division, said in a letter to customers on the company’s website.

“Since the initiation of our September court proceedings, our primary focus has been reimagining our business with you, our customers in mind and ensuring a normal course of operations,” Teed-Murch stated. “Our team is hard at work strengthening our competitive position and making the improvements necessary to ensure that we have the products when, where and how you choose to shop with us.”