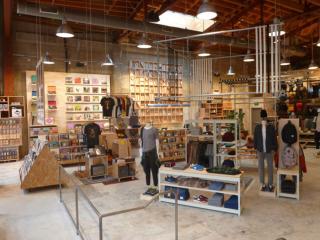 Urban Outfitters on Monday reported sales and earnings that blew past Wall Street estimates, fueled in part by a strong performance from its Free People brand and online sales.

Sales rose 3.5% to $893 million, a record for the company, Urban Outfitters said. Analysts had expected sales of $861 million.

“Record sales were driven by improved apparel execution across all channels and brands,” said Richard A. Hayne, CEO.

Neil Saunders, managing director of GlobalData Retail, said that despite the company's good quarter, there are still some weaknesses in Urban Outfitters' performance, including "over-reliance" on its Free People brand.

"Urban Outfitters, and to a lesser extent Anthropologie, are still dropping off the radar of some consumers," he said. "To remedy this, both brands need to develop a much clearer and more compelling handwriting that resonates with the core customer." For more, click here.
Advertisement