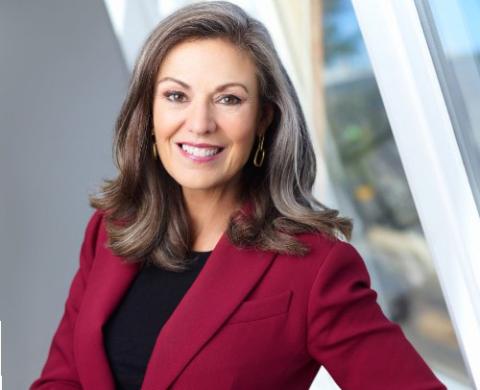 In a surprise move, Foot Locker will have a new president and CEO as of Sept. 1.

Mary Dillon, former CEO and executive chair of Ulta Beauty, will take the reins as president and CEO of Foot Locker, effective Sept. 1. She will succeed Richard Johnson, who will retire from the president and CEO post. Johnson, a nearly 30-year Foot Locker veteran,  will continue as executive chairman of the sports footwear and apparel retailer through Jan. 31, 2023, and stay on as a senior advisor to Dillon until early April 2023.

Dillon, who has more 35 years of experience leading consumer businesses, is credited with turning Ultra Beauty into a beauty retailing powerhouse during her nine years there as CEO (2013-2022).   Under her watch, the company’s market capitalization tripled to more than $18 billion and it delivered total shareholder return of 245%, according to Ulta.

Dillon also expanded the chain’s footprint nationwide, from some 567 stores at the start of her tenure to more than 1,200 locations when she left.  Under her watch, Ulta also entered into a partnership with Target  to open in-store Ulta shops in the discounter's stores

Prior to Ulta, from 2010 to 2013, Dillon served as  president and CEO of U.S. Cellular, and was also a member of the company's board of directors. Prior to that,  Dillon spent approximately five years as McDonald's global chief marketing officer.

Dillon started her career at PepsiCo., where she held various leadership roles across the company's Quaker Foods division. Dillon, who will join Ulta's board,  also has extensive public company board experience.

Johnson's retirement concludes a three-decade-long career at Foot Locker. He took on the role of CEO in 2014, following two years as COO. Johnson also held multiple divisional leadership roles throughout his tenure with the company.   As CEO, Johnson helped grow Foot Locker into a $ 9 billion business.  He also oversaw a number of acquisitions, including  U.S.-based athletic footwear and apparel retailer  WSS, which operates 93 off-mall stores in California, Texas, Arizona and Nevada.  for $750 million.

"It has been a privilege and an honor to lead Foot Locker and work alongside the best team in retail for nearly 30 years," said Johnson. "Together, we have built a broad house of brands and banners fueled by a shared passion for the global sneaker community. We have turned a brick-and-mortar company into an interactive retail community poised for long-term growth in the digital era. The board and I have worked closely together on a thoughtful succession plan, and with a strong foundation in place and ongoing momentum against our strategic objectives, we believe now is the right time to complete the CEO transition. We are confident that Mary is the ideal person to serve as Foot Locker's next CEO and lead the company forward."

The news about Johnson's retirement came the same day that Foot Locker reported a challenging second quarter in which sales fell 9.2% and net income plummeted 78% to $94 million amid markdowns and rising costs.

"I am thrilled to be joining Foot Locker, an iconic company that possesses a strong set of values and focus on the customer experience as well as tremendous growth opportunities,” said Dillon. “It is clear how Foot Locker sits at the heart of the global sport and sneaker community, and I am excited to become part of the company's team. I look forward to working closely with Dick to ensure a smooth transition, and to partnering with the board, leadership team and nearly 50,000 team members around the world to build on Foot Locker's strong foundation and help shape the company's future."

In addition to Dillon's appointment, Foot Locker's board has determined that the company's chair and CEO roles will be separate, effective Sept. 1. The company's lead independent director, Dona D. Young, will become non-executive chair on Feb. 1, 2023.