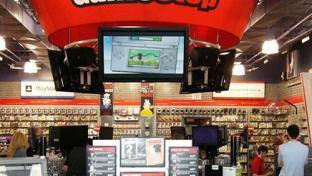 A leading video game retailer reported first-quarter results that beat analysts’ expectations as it continues its efforts to turn around its business and focus on e-commerce.

GameStop also shored up its leadership with the appointment of two former Amazon executives, naming Matt Furlong as CEO and Mike Recupero as CFO. And as expected, activest Ryan Cohen was named chairman of the board.

In other news, GameStop disclosed in its 10-Q quarterly earnings filing that  it had received a request for documents from the Securities and Exchange Commission on May 26 in regards to trading activity. The company’s stock has been subject to great volatility in recent months as retail traders shared tips on Reddit and tried to fuel short squeezes for several companies, including GameStop and others.

“On May 26, 2021, we received a request from the Staff of the SEC for the voluntary production of documents and information concerning an SEC investigation into the trading activity in our securities and the securities of other companies,” GameStop stated. “This inquiry is not expected to adversely impact us.”

GameStop has filed a prospectus with the Securities and Exchange Commission to sell up to 5 million shares of its stock from time to time, in “at-the-market” offerings. The funds will be used for general corporate purposes, investing in growth initiatives and maintaining a strong balance sheet, the company said.

GameStop raised nearly $552 million in net proceeds through the sales of 3.5 million shares in April. The company said it “has used and intends to continue using net proceeds to accelerate GameStop’s transformation as well as for general corporate purposes and further strengthening the balance sheet.”

The retailer had $770.8 million in cash and restricted cash as of May 1. There were no borrowings under its asset-based revolving credit facility and no long-term debt, according to the company.