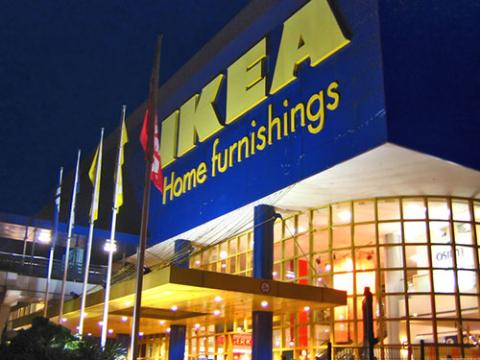 Ikea will open a store on Oxford Street in London.

Ikea is going to set up shop in the heart of one of London’s most popular shopping areas.

The owner of the Swedish furniture giant has agreed to buy Topshop’s former flagship on Oxford Street from the administrators of bankrupt owner Arcadia Group for 378 million pounds ($522 million). The deal is part of Ikea’s push to open smaller-format stores in urban centers.

The deal for the seven-floor, 239,000-sq.-ft. building, which features six floors of retail space, is expected to be completed in January. In addition to the now-vacant 100,000-sq.-ft. Topshop space, the site includes a Nike Town and Vans store, both of which will continue their operations. Three floors of the building will be transformed into an Ikea store, which is scheduled to open in fall 2023.

According to a report by The Evening Standard, the Oxford St. Ikea will have some 5,000 products on display, of which close to 2,200 will be goods such as home furnishings accessories that can be taken home on the day. Home delivery will be available for other items. and design teams available to talk to.

The former 100,000-sq.-ft. Topshop store was considered a major retail trendsetter back when it opened in 1994, complete with its own nail bar, food stalls and a DJ booth. It became a major tourist attraction, drawing shoppers from across the globe.