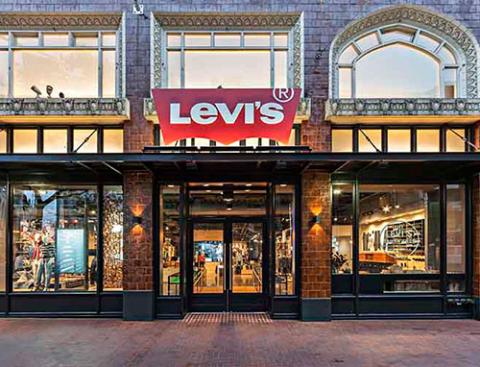 Three more global retailers have temporarily stopped operations in Russia in light of the Ukrainian crisis.

Levi Strauss & Co. said that it is donating more than $300,000 to nonprofit organizations providing aid to those impacted by the ongoing conflict in Ukraine. The denim giant and the Levi Strauss Foundation are giving $200,000 to the International Rescue Committee, which is helping to support individuals and families displaced by the conflict, while the company’s Beyond Yoga brand is giving $100,000 to CARE, which is responding to the immediate needs of the people of Ukraine.

In addition, the company is offering employees a two-to-one match, up to $200,000, for donations to a slate of organizations committed to ensuring that the most vulnerable communities get the support they need, including several that are ensuring discrimination doesn’t occur at border crossings. Levi Strauss and its licensee partners are also working to donate jackets, backpacks and warm clothing to people who have been displaced from their homes.

Given the “enormous disruption occurring in the region, which makes normal business untenable,” Levi Strauss said it is temporarily suspending commercial operations in Russia, including any new investments. The company added that it is committed to supporting its employees, partners and their families affected by this decision in the months ahead.

In 2021, approximately 4% of Levi Strauss’ net revenues were derived from Eastern Europe, half of which was related to Russia.

“But any business considerations are clearly secondary to the human suffering experienced by so many,” the company stated. “The LS&Co. community continues to be saddened by the devastating conflict in Ukraine and our thoughts are with all of those who have been affected, including our employees, partners and their loved ones.

Levi Strauss & Co. products are sold in more than 110 countries worldwide through a combination of chain retailers, department stores, online sites, and a global footprint of approximately 3,100 retail stores and shop-in-shops.

"We condemn Russia's aggression against Ukraine and the huge human impact it is having for both Ukrainians and Russians,” stated Brian Hannasch, president and CEO of Couche-Tard. “As such, we have made the decision to suspend operations. Couche-Tard has had stores in Russia for nearly three decades, and we are proud of our Russian team members and their dedicated service to local customers and communities."

In Russia, Couche-Tard has operated under its primary brand Circle K, including over 320 employees and 38 stores located in St. Petersburg, Murmansk, and Pskov.

The company has already donated over $1.5 million to the Red Cross and has instituted a global campaign to raise further funds for the Ukrainian people. Since the beginning of the crisis, local Circle K teams in Poland, the Baltics, and across the European network have been supporting refugees with free fuel, food and beverages, housing, and donations to children's charities.