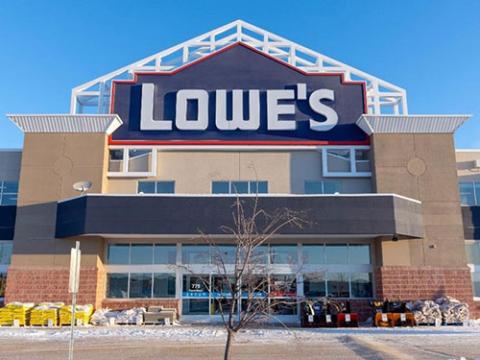 Lowe’s Companies reported surging sales, including a 130% increase online, as customers continued to spend on their homes during the pandemic.

Despite its strong sales performance, the home improvement retailer’s earnings and a fourth-quarter outlook were slightly short of estimates amid higher expenses, including labor costs.

The home improvement retailer reported that its sales rose to $22.31 billion for the quarter ended Oct. 30, compared to $17.39 billion in the year-ago period and topping expectations for $21.25 billion. Same-store sales, which include online and stores, rose 30.1%, topping estimates. Online sales soared 106%.

“We continued to invest in the future growth of the company, including a $100 million investment in the quarter as part of an ongoing effort to reset the layout of our U.S. stores, making them easier to shop with improved product adjacencies, especially for Pro customers,” Ellison said. “Our omnichannel transformation continued in the third quarter with further investments in Lowes.com and our supply chain. I remain confident that we are making the right strategic investments to deliver sustainable, long-term growth.”

Lowe’s said it expects to earn between $1.10 and $1.20 per share during its fiscal fourth quarter. Analysts had been calling for earnings of $1.17 a share. Revenue growth is expected to moderate from third-quarter levels, “consistent with natural demand patterns of the home improvement sector,” the company added.