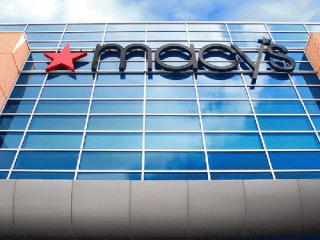 The department store sector took another blow as Macy’s Inc. reported a big drop in earnings and its first same-store decline after six straight quarters of comp sales growth.

The department store giant, which blamed the late arrival of cold weather and weak traffic at lower-level malls as negatively impacting its third-quarter results, also slashed its full-year outlook. Macy’s disappointing quarter follows weak results by other department store retailers, notably Kohl’s and J.C. Penney, and stands in contrast to Walmart and Target, both of which are going into the holiday with strong momentum. The retailer’s results also come days after it reported it has been the victim of a data breach.

Same-store sales were down 3.5%, worse than expected. The decrease came after six consecutive quarters of comparable sales growth

"While we anticipated a negative comp as we were lapping a very strong third quarter last year, the sales deceleration was steeper than we expected," CEO Jeff Gennette stated. “Our third quarter sales were impacted by the late arrival of cold weather, continued soft international tourism and weaker than anticipated performance in lower tier malls.”

In addition, Macy’s e-commerce business experienced a temporary due to work on the site in preparation for the fourth quarter, Gennette said, adding that the work has been completed.

The executive noted that Macy’s was able to clear out some excess inventory during the quarter, “resulting in significantly improved margin compression versus the first half of the year.” He expressed confidence in the company’s holiday strategies.

“The Macy’s, Bloomingdales and Bluemercury teams are aligned and committed to delivering a great experience for our customers in our stores, on our digital sites and through our mobile apps,” he said. “We have fully updated our Growth150 stores and completed the 2019 expansion of Backstage. We have curated an expanded gift assortment with great values in all categories and developed a powerful marketing calendar for both our best and occasional customers.”

In comments, analyst Neil Saunders, said that Macy’s failure on the sales line comes back to the products it sells and the environments in which it sells them, neither of which are not aligned with what consumers want.

“Outside of the stores Macy’s has tried to improve, there are a host of other shops that remain plain dismal, down-at-heel and uninspiring,” said Saunders, managing director, GlobalData Retail. “They are hard to navigate and do not meet the needs of the modern consumer in terms of the services or offer they present. It is those stores, some of which are in failing malls but others of which are in relatively successful locations, that are dragging Macy’s down.”