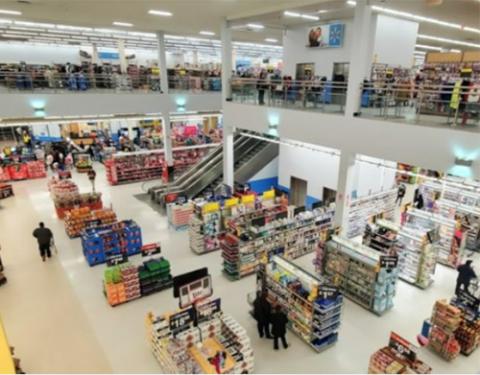 Crossgate Commons is the home of the nation's largest Walmart.

Pyramid Management Group’s deal with Argentic, a New York-based lender to private real estate owners, provides it with a 10-year loan on the 700,000-sq.-ft power center off I-87 that claims to have the largest Walmart in the United States.

“I am incredibly proud of the Pyramid and Argentic teams for working together in the midst of challenging market dynamics to secure this CMBS refinance,” said Pyramid CEO Stephen J. Congel.  “Getting a deal done certainly speaks volumes to Pyramid’s persistence, determination, and resilience as a developer, and our commitment to reinvesting in our centers to ensure their long-term growth and continued success

Just last week, Pyramid received a three-year loan extension on its Walden Galleria in Cheektowaga, outside of Buffalo. More than $200 million in loans on the mall had been due to mature last month.

No similar deal seems near, however, for Destiny USA, Pyramid’s 2.4 million-sq.-ft. property in Syracuse. Syracuse.com last year reported that Pyramid owed more than $700 million to lenders on the property, which had been appraised at a valuation of just over $200 million.