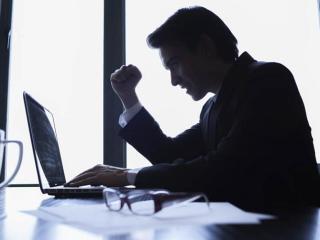 To sophisticated landlords and property managers, co-tenancy provisions contained in commercial leases are routine and (relatively) unexciting. Unfortunately — and perhaps as a result — such clauses are often overlooked. But a co-tenancy default can have a significant impact on a landlord’s bottom line, so landlords and their agents who manage their properties should understand how these provisions operate and the remedies to which a tenant is entitled in the event of a default.

Why are co-tenancy provisions important, and why should landlords care about them? Because foot traffic is the lifeblood for any retail shopping center, and smaller tenants rely on other businesses — particularly big-box anchor tenants — to draw visitors to their shops. When vacancies in the center occur, the influx of potential customers can dwindle, which puts enormous pressure on smaller tenants.

Co-tenancy provisions help tenants mitigate the negative effects of vacant spaces: when a co-tenancy default occurs, the landlord’s remaining tenants may be entitled to relief, whether in the form of rent reduction or, even worse, the right to terminate their leases altogether.

Co-tenancy clauses come in two main flavors. “Opening Co-Tenancy” clauses require that certain tenants, or a specified percentage of leaseable space, be open and operating before the beneficiary tenant is required to open and/or begin paying rent.

“Operating Co-Tenancy” clauses render the beneficiary tenant’s obligation to continue operating and/or pay rent dependent upon the occupancy level within the center after opening. Regardless of whether a co-tenancy provision is an opening clause or an operating clause, the two share several common elements: (a) identification of the specific co-tenant or occupancy level required, (b) requirement of notice (and possibly an opportunity to cure), and (c) remedies available upon default.

When negotiating these provisions, landlords should seek flexibility where possible. For example, instead of a co-tenancy provision focused on a specific tenant, a landlord should pursue “like kind” language. That way, for example, if a Publix grocery store leaves the center (thereby implicating the co-tenancy clause), the landlord could cure the default by re-letting the premises to another large grocery chain.

Similarly, if a tenant refuses to grant the landlord a reasonable period of time to cure a co-tenancy default, the landlord should at least negotiate a notice requirement which will serve to designate with certainty the date from which the tenant’s remedy runs.

Are co-tenancy clauses enforceable? Usually, the answer is, “yes.” Like most other contractual provisions that are the subject of arms-length negotiation, courts tend to enforce co-tenancy provisions as written.

It is therefore important that landlords not give these clauses short shrift; the departure of a seemingly insignificant tenant could trigger a co-tenancy default that results in a larger, more important tenant terminating its lease or remaining open without paying full rent.

Some courts, however, have proven to be more landlord-friendly, especially when the beneficiary tenant’s remedy is penal in nature and bears no relation to the harm that the beneficiary tenant actually suffers as the result of a co-tenancy default. In a recent case, Grand Prospect Partners, L.P. v. Ross Dress for Less, Inc., 232 Cal. App. 4th 1332 (2015), the California Court of Appeals affirmed the trial court’s decision that a contractual rent abatement provision was unenforceable. In that case, the court found that the abatement remedy for a co-tenancy default was actually an unreasonable penalty because the forfeited rent bore no reasonable relationship to the anticipated harm the tenant suffered as a result of a co-tenancy default (in that case, the failure of a Mervyn’s store to be open and operating in the center).

A full discussion of the Ross case is beyond the scope of this article, but it highlights several important take-aways that landlords and property managers would do well to bear in mind.

First, it is important to understand what co-tenant(s) or occupancy level is required under a commercial lease.

Second, understanding co-tenancy requirements can often inform legal strategy. For example, evicting a delinquent tenant may make sense in a vacuum, but a dispossessory proceeding may be a poor decision if it will ultimately result in the landlord’s default under another tenant’s co-tenancy provision.

Ultimately, co-tenancy provisions are subject to the same rules of construction as other contractual clauses, and courts generally disfavor remedies that are really nothing more than penalties in disguise.

Nevertheless, landlords cannot bank on courts bailing them out. Just as courts disfavor forfeitures and penalties, they are often unsympathetic to landlords who exercise unequal bargaining power over their smaller tenants.