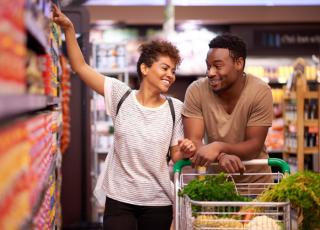 National grocers are not at the top of the list when it comes to customer satisfaction — with one exception.

The rankings are based on survey responses from more than 75,000 CR members, who provided ratings of the one or two supermarkets they visit most often. CR asked members to judge supermarkets, warehouse clubs, and supercenters on 13 grocery-store attributes, including cleanliness, price, food quality and variety, checkout speed and staff helpfulness, selection of healthy options and locally produced foods, and variety of international and multicultural foods.

But high prices doesn’t always translate into an overall dissatisfaction. Gelson’s Markets, a 27-store California-based chain, for instance, was given the lowest mark for overall price competitiveness, and had a disappointing score for prices on organic options. Yet it was among the top-rated grocers in the survey.

After price, produce quality and the variety of goods a store carried were among the most important reasons members chose to shop where they do. Central Market and Wegmans were the only stores in the ratings to excel not only in produce quality, but also in produce variety, selection of healthy options, selection of locally produced products, and variety of international products or multicultural foods.