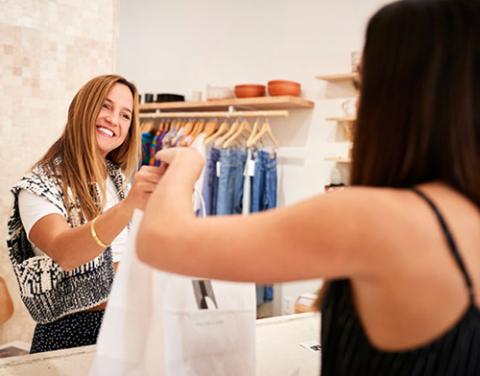 Retail sales fell 1% in February month-over-month but were up 13% on a year-over-over basis.

Consumers slowed down their spending in February, particularly online.

Retail sales fell 1% in February from January as inflation drove up prices and lingering effects of the omicron variant affected the supply chain, according to the National Retail Federation. The NRF, whose calculation excludes automobile dealers, gasoline stations and restaurants, noted that sales in February rose 13% year-over-year,

February sales on a monthly basis were down in two-thirds of categories. The biggest drop was in online and other non-store sales, which fell 3.7%. NRF released February results the day after the group revealed its 2022 sales outlook, which forecasts a 6% to 8% increase.

"We shouldn’t be surprised by the slower pace of sales given that purchases had surged in January and the upward revisions made to those numbers,” said NRF chief economist Jack Kleinhenz. "And the double-digit year-over-year increase was expected given that much of the economy was still in stay-at-home mode a year earlier. February’s sales are another sign of the economy’s resilience, but the conflict in Europe is an increasing headwind that could dampen spending around the globe.”

Clothing stores and sporting goods stores registered the biggest increase in February sales. Sales were up across the board on a yearly basis, with year-over-year gains led by clothing and building materials stores, and online sales.

Specifics from key sectors are below.