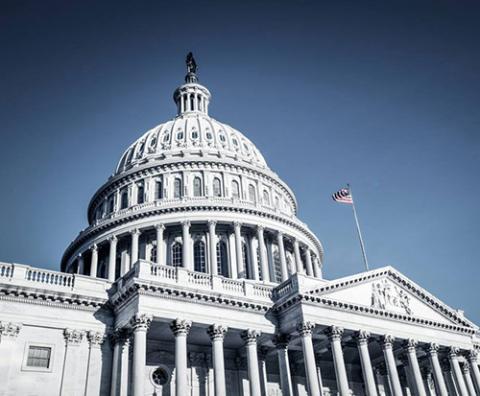 The National Retail Federation is calling on Congress to reject recently introduced legislation that it said would infringe on both employee and employer rights.

The Protecting the Right to Organize Act was introduced Thursday. The legislation combines a wide range of long-debated proposals into a single bill intended to dramatically expand the power of labor unions, according to the NRF.

“The policies embedded in the PRO Act are beyond the pale of reasonable workplace policy,” stated NRF senior VP for government relations David French in a letter to members of the House and Senate. “The legislation puts the interests of labor organizers and powerful unions before the rights of employees and employers. NRF stands ready to work with members of Congress on commonsense policies to foster economic growth but this bill is completely unworkable for any employer large or small.”

The PRO Act passed the House in February 2020 but went no further. NRF called the measure “the worst bill in Congress” in a recent blog post because of its wide-ranging impact.

The legislation includes more than 30 proposals, most of which have been previously rejected by Congress, the courts or the agencies that would administer them, the NRF said. Included are “card check” union-organizing elections where workers would lose their right to a private ballot “ambush” elections giving little notice to employers; formation of “micro” unions within a single department or location of a company; cancellation of state right-to-work laws; expansion of “joint employer” status that can make a company responsible for the actions of its subcontractors or franchisees; adoption of California’s “ABC test” for classifying workers as either employees or independent contractors; and disclosure of employees’ private contact information to unions.

“As bad as this bill is for employers, it is worse for workers,” French stated. “The legislation puts the interests of labor organizers and powerful unions before the rights of employees and employers.’

Over the past decade, NRF has worked with the White House and Congress and in the courts to oppose most of the provisions included in the PRO Act when they were first proposed as standalone initiatives. NRF co-chairs the lobbying committee of the Coalition for a Democratic Workplace, which was formed to oppose anti-business and anti-worker labor laws, regulations and rulings that threaten job creation and economic growth.