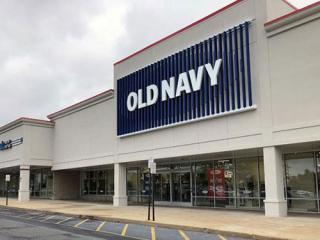 Old Navy is freezing prices on its denim products through the end of September.

Old Navy is making a pitch to inflation-weary consumers just in time for back-to-school shopping.

The move is an extension of Old Navy’s previously announced price lock on kid’s essentials and is also part of a larger denim initiative launching on July 29, which will include a television campaign and a “denim fit guide.”

It comes as inflation is causing some consumers to pull back on spending. Apparel prices rose 0.8% in June from May and were up 5.2% year-over-year in June. (Earlier this week, Walmart said that its apparel category is requiring more markdown dollars.)

Denim ranks as a top three product category for Old Navy. The retailer said it holds the number one brand market share in the kid’s category, citing data from The NPD Group, and sells 65,000 pairs of denim a day.

“Old Navy understands the financial pressures facing its customers and wants to ensure parents can outfit their kids for the new school year without additional budgetary concerns,” the company said.

Old Navy has been under pressure in recent months, with the brand taking a beating in Gap’s most recent quarter.  In July,  the company named Walmart executive Horacio “Haio” Barbeito as president and CEO of Old Navy, effective August 1, succeeding Nancy Green, who left unexpectedly in April.  His appointment was announced in the same release that announced the departure of Gap Inc. CEO Sonia Syngal.

denim initiative launching on July 29th, which will include a Denim Fit Guide tool and a television campaign.

appealing to consumers who are feelign the