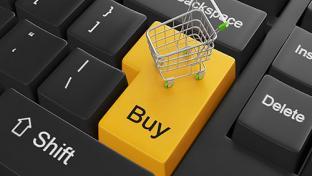 The e-commerce sites with the most outages

However, TechRadar analysis also indicates that as of August 2021, Amazon also came out on top among all e-commerce sites for the most outages over the past 12 months, with 98 issues in total. TechRadar data reveals that the biggest issue Amazon users suffered was problems with accessing the website (54%). If Amazon went down for only one minute, TechRadar has determined it would cost the company over $71 million.

The states obsessed with e-commerce

Rhode Island, the smallest U.S. state, has a population which is by far the most interested in e-commerce in general, and Amazon in particular, on a per capita basis. Rhode Island, a state with roughly 1 million residents, generated 5 million monthly searches for Amazon. Although Florida generated close to twice that number, it also has a population more than 20 times the size of Rhode Island.

TechRadar collectedwebsite outage data from downdetector.com, looking at the number of outages each month for the last 12 months across the three top-performing e-commerce sites. To find out how each outage could have impacted the company, TechRadar worked out how much revenue they make per minute and forecast the outages lasted for a minimum of this time to calculate a loss figure. The three most common problems were also collected.