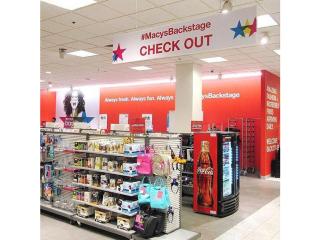 Macy’s is making a big commitment to the expansion of its off-price format, Macy’s Backstage.

The department store giant plans to open a distribution center in Columbus, Ohio, dedicated to the expansion of its Macy’s Backstage brand. The fulfillment center, which is expected to open in fall 2019, will create approximately 400 jobs. This is in addition to the approximately 6,500 employees in Ohio who work at 24 Macy’s stores, one Bluemercury and the company’s corporate offices in the greater Cincinnati area, according to the company.

“This new distribution center will enable us to move merchandise to our Backstage locations faster and with more flexibility,” said Jeff Gennette, Macy’s, Inc. chairman and CEO.

The new distribution center coincides with Macy’s plan to open 100 BackStage locations within existing department stores by the end of the fiscal year. Macy’s has already opened approximately 20 Backstage locations in the first quarter of fiscal 2018. Many of these locations are in markets that are new to the Backstage concept, including the Northwest, Southwest and West Coast.

The company’s initial Backstage stores were clustered in the Northeast.

Macy’s operates more than 690 department stores under the nameplates Macy’s and Bloomingdale’s, and approximately 160 specialty stores that include Bloomingdale’s The Outlet, Bluemercury and Macy’s Backstage.
Advertisement