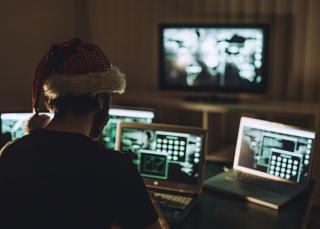 Retailers will end up on consumers’ naughty lists this holiday season if they don’t protect their personal data.

This was according to new data from Generali Global Assistance (GCA), which reported that 71% of shoppers are concerned that their financial and personal information could be compromised due to data breaches while shopping for holiday gifts.

This holiday season, most (65%) plan to shop in brick-and-mortar stores, online via a laptop / desktop computer (59%), and through mobile devices (36%). Regardless of their preferred shopping method, 33% of consumers don’t believe businesses are doing all they can to protect their personal information; another 33% said they are unsure if businesses are doing enough. This was a decrease of 7% and 5%, respectively from 2017. Moreover, if a retailer experienced a data breach in the past, 83% of shoppers feel concerned making an online or in-store purchase at that retailer.

To ease consumer anxiety, 55% of Americans would feel more confident if a business is actively working to protect their data and reduce risk if they offered identity protection services. Likewise, retail businesses that either offer identity protection services or that plan to do so in the future instill greater confidence in 68% of Americans, a 12% increase from 2017.

“For many, the holiday season is stressful enough without having to worry that one’s identity will be stolen,” said Paige Schaffer, president and COO of Generali Global Assistance’s Identity and Digital Protection Services Global Unit.

“With 2017 recording an all-time high of over 1,500 data breaches, consumers are more aware of the threats associated with holiday shopping and the need for businesses to better protect their data,” she added. “Though consumers are less confident in a business’s ability to protect their data, offering identity protection establishes trust and sends a clear message that they take the burden and privilege of protecting data seriously.”
Advertisement