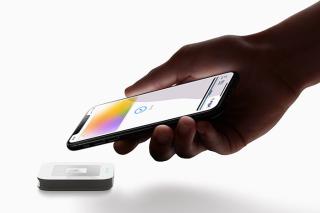 Apple officially releases its Apple Card omnichannel credit card on August 6, although not for everyone.

A preview group randomly selected from consumers who signed up for notification about Apple Card earlier this year are receiving email invitations with instructions on how to digitally apply. The application requires having an iOS device running iOS 12.4 and submitting some personal data. Card issuer Goldman Sachs reviews customer data and conducts a TransUnion credit check to approve or decline the application in what Apple says is a less than one-minute process.

Apple initially announced Apple Card in March as a digitally-oriented alternative to traditional credit cards. Apple Card is built into the Apple Wallet app on iPhone, connecting it to the Apple Pay digital payment service and providing users the ability to manage their card on their iPhone. The card provides real-time views of customers’ latest transactions and balance in the Wallet app, with 24/7 support available by sending a text message.

By using machine learning and the Apple Maps iPhone feature, the card labels transactions by merchant name and location, and also automatically totals and organizes purchases by color-coded categories such as food and drink or shopping and entertainment. Users have access to weekly and monthly spending summaries.

For security, Apple Card has a unique card number created for each user on their iPhone and stored in the device’s secure element, which is a special security chip used by Apple Pay. In addition, every purchase is authorized with facial recognition or biometric touch, as well as a one-time unique dynamic security code. The security and privacy architecture is designed to block Apple from knowing where a customer shopped, what they bought, or how much they paid.

In addition to a digital version of Apple Card stored in their Apple Wallet app, users will also receive a physical titanium card to make purchases at locations where Apple Pay is not accepted. The physical card has no card number, CVV security code, expiration date or signature on the card. Instead, users retrieve that information from the Apple Wallet app.

Daily cash rewards will equal 2% of all Apple Card purchases and 3% of all purchases made directly with Apple for products and services. For purchases made with the titanium Apple Card, customers will get 1% back in daily cash.

Furthermore, Apple charges no fees associated with Apple Card, including no penalty fees for missed or late payments. Customers are shown various payment options with interest rates calculated. Standard annual percentage rate (APR) is 12.99%, which can go as high as 24.24% depending on the cardholder’s credit rating. Apple previously said it wants interest rates for Apple Card to be “among the lowest in the industry.”