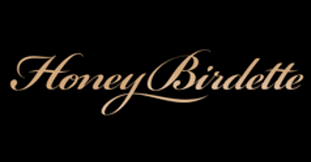 PLBY Group is expanding its portfolio.

The company (Playboy went public earlier this year under PLBY Group)  has signed a definitive agreement to acquire Honey Birdette for  approximately $333 million in cash and stock. Founded in 2006, the Australian lingerie brand operates 60 stores across three countries.

Building upon its existing digital commerce and brick-and-mortar retail platform, Honey Birdette is focused on expanding its retail footprint across the United States, UK and Europe. The company said it plans to open flagships in the coming months in Dallas, Miami and New York.

Honey Birdette expects about $73 million in revenues and approximately $28 million in earnings for the 12 months ending June 30, 2021, which represents 40% and 95% year-over-year, respectively. In addition to lingerie, the  brand is expanding its assortment with  loungewear, swimwear and innerwear.

Honey Birdette is no stranger to controversy.

“When I founded Honey Birdette 15 years ago, my ambition was to build a brand for women, by women; a brand that would serve as a platform for confidence and sexual and body empowerment,” said Eloise Monaghan, founder and managing director of Honey Birdette. “Today is a momentous and proud day for the Honey Birdette team as we enter into partnership with one of the world’s most iconic brands and the lifestyle platform it represents.”

Playboy ceased publication of its iconic magazine at the start of the pandemic in March 2020. The company has been shifting its image to that of a consumer lifestyle products and digital services company for both men and women.

“We strongly believe in the power of brands, and are thrilled by Honey Birdette’s potential to become a multi-billion-dollar luxury lifestyle franchise,” said PLBY Group CEO Ben Kohn. “Our plan is two-fold: to leverage PLBY Group and the Playboy brand’s global operations to accelerate Honey Birdette’s expansion into new territories and product categories, and to take advantage of Honey Birdette’s superior product design, sourcing and direct-to-consumer capabilities to accelerate our Playboy-branded lingerie, loungewear, swimwear, and sexual wellness go-to-market plans targeting the 'masstige' consumer.”