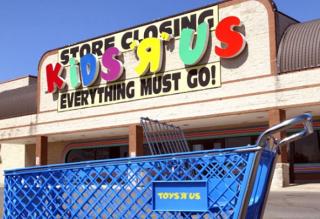 Toys “R” Us, which officially closed the doors to its U.S. operations at the end of June, has put leases on its stores in 29 states up for auction.

The auction will feature 123 properties, including Toys "R" Us and Babies "R" Us locations, as well as side-by-side or combined stores featuring both nameplates. There are 112 owned and 11 ground-leased properties available.

The stores range in size from 20,000 sq. ft. to 65,000 sq. ft. There are 10 locations in California, 18 in Ohio, and multiple stores across Illinois, Massachusetts and Pennsylvania.

Bids, which will be accepted on Aug. 13 and Aug. 14, are being handled by A&G Realty Partners. The company has already sold more than 130 Toys "R" Us sites in prior auctions.

Toys “R” Us filed for bankruptcy in September, struggling under a heavy debt load and several years of lackluster sales due to increased competition from online competitors and discounters. Despite efforts to restructure its business, on March 15, Toys “R” Us informed a U.S. bankruptcy court that that it would close its U.S. stores.