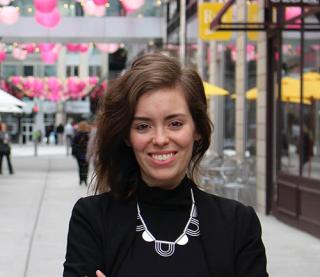 There’s a reason that dining and entertainment destinations are the key success components at retail centers these days: They are e-commerce-proof, the two marketplace options that continue to draw traffic and post upward-trending numbers. Spending at restaurants has grown faster than any other retail category since the recession, according to the Commerce Department, pushing dining dollars past grocery dollars for the first time.

That spending growth has translated into increases in restaurant leasing. Gross square footage leased by restaurants in the U.S. grew by 11% since 2013 to roughly 400 million sq. ft. this year, according to CoStar Group. That compares to an 8.5% rise in overall retail square footage during the same time period. Entertainment spending, too, has posted heady gains. Box office at movie theaters, sporting events, and live entertainment has rebounded in a big way since the early days of the Great Recession. Commerce reports it rising 32% since 2008 to $72.3 billion last year.

Retail entertainment concepts are experiencing boom times, as well. Dave & Buster’s Entertainment will open as many as 10 new locations in the coming year to lift its total to 97. Square footage leased by movie theaters, bowling alleys, billiards parlors, and arcades has increased by 10% since 2013, according to CoStar.

Innovative property owners like Kimco Realty already house a number of food-and-beverage and entertainment uses in their centers to capitalize on this shift in consumer spending. Restaurant and entertainment companies are claiming more leases than ever at Kimco’s 537 shopping centers, among them Suburban Square in Ardmore, Pennsylvania; Mesa Riverview in Mesa, Arizona; and The District @ Tustin Legacy in Tustin, California.

“Today’s consumers are looking for more than a place to shop – they’re looking for a unique social experience,” said David Bujnicki, Kimco’s senior vice president of investor relations and strategy. “Restaurants and entertainment concepts – along with health, wellness, and beauty offerings and engaging event program – are keys to providing that one-of-a-kind experience that can’t be bought online.”

The Bloc. The Ratkovich Companies’ 1.8 million-sq.-ft., mixed-use redevelopment stands to become the epicenter of downtown Los Angeles due to its size and location. Its 430,000 sq. ft. or retail will be the largest concentration of retail space within a five-mile radius. Storefronts began opening last June, and more will come on stream through February. Davio’s Northern Italian Steakhouse, District, The Urban Oven, and Killer Café lead the food brigade; Alamo Drafthouse Cinema provides the entertainment.

District Detroit. This 50-block city makeover is anchored by six theaters and sports arenas housing the Red Wings, Tigers, and Lions. Olympia Development of Michigan intends for the project to include five distinct neighborhoods of retail, residential, office and open-space uses. The first neighborhood, Woodward Square, will present 180,000 sq. ft. of retail space tailored to complementary retail and food-and-beverage uses adjacent to Little Caesars Arena, the new home of the Red Wings.

Ghirardelli Square. The121-year-old San Francisco landmark owned by real-estate investor Jamestown has undergone a retail renaissance of late to bolster its allure with both locals and tourists in the Fisherman’s Wharf district. New additions include restaurant and pizzeria helmed by elite Bay Area chef Jonathan Waxman and the Bluxome Street Winery and Juice Shop. Adding to the draw are annual chocolate and wine festivals and a pop-up beer garden from Lagunitas Brewing.

Ponce City Market. Jamestown opened this redevelopment of a 90-year-old Sears Roebuck facility in 2015, establishing a 2.1 million-sq.-ft. hub for shopping, dining, working and living in Atlanta. Some 300,000 of that is dedicated to retail and restaurants, while Skyline Park on top of the building offers a miniature golf course and Coney Island-style amusements, Anchoring Ponce City Market is the Central Food Hall that presents a mix of award-winning chefs and local restaurant concepts.

The new and re-imagined centers of today are proving it time and again: If you build it with heaping helpings of food and entertainment, people will come.

Melina Cordero is Head of Retail Research in the Americas for CBRE Group, Inc. Follow her on Twitter at @melinascordero.