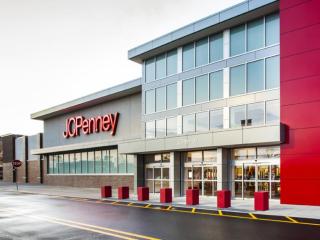 J.C. Penney is trimming its real estate footprint as it looks to allocate its resources to stores and initiatives that offer the greatest long-term value potential.

The retailer on Thursday reported earnings and sales for the fourth quarter that beat the Street. It also said it will close 18 department stores (including the three locations previously announced in January) and nine home and furniture stores in 2019.

Earlier this month, Penney announced it would stop selling appliances and furniture in its stores and concentrate on driving improvement in women’s apparel, fine jewelry and other key businesses. The decision to exit the categories was the first major change under Jill Soltau, who was appointed CEO in October 2018.

Penney said the impacted store locations, which are expected to shutter in the second quarter, all had comp sales performance that was well below its remaining store base. The company expects to record an estimated pre-tax charge of approximately $15 million during the first half of 2019 related to the closings.

In positive developments, Penney reduced its inventory by 13.1% in 2018. In a statement, Soltau highlighted the inventory reduction and other actions the chain has taken to improve its positioning.

“As we forge a path to sustainable profitable growth, our decisions included eliminating non-core and low gross margin product categories, significantly reducing unproductive inventory and continuing the revitalization of our women’s apparel business," she said. "While we are pleased with these actions, we know we need to move faster to reestablish the fundamentals of retail, build capabilities focused on satisfying our customers’ wants and needs and ensure that our digital and store operations operate seamlessly to provide an experience that wins with customers. We have much work to do to position J.C. Penney for success and create long-term value for our shareholders, however our unwavering focus and discipline is already enabling meaningful progress."

Although Soltau is “the right leader” for Penney, Neil Saunders, managing director of GlobalData, said the company has very little time to course correct.

“The business needs to move at pace and without any missteps – a tall order in today’s complex and fast-moving retail environment,” he said. “Ms. Soltau has noted that J.C. Penney is a revered brand, but such warm sentiments will ultimately mean little unless the company focuses on its customers and gives them reasons to use JCP.” For more commentary, click here.
Advertisement