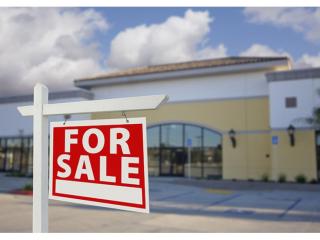 Retail real estate completions came in just under 8 million sq. ft. in the first quarter of 2018, a 23% decline from Q1 2017. That plus a falloff in the number of store closures helped continue an ongoing trend toward an increase in net absorption and higher rents, according to CBRE Research.

Average asking rents hit an eight-year high at $17. Again, lifestyle & strip centers were the only segment to register a decline, dropping 7.2% in Q1 and 2.6% year-over-year.

Availability rates declined during the quarter for across all retail property types except the lifestyle and mall segment, which ticked up slightly to nearly 6%. That remains, however, the lowest vacancy rate among retail classes. Neighborhood, community, and strip centers closed out the quarter with an average 9.8% vacancy rate, followed by power centers at 6.3%.

Continued pressure continues to be exerted on brick-and-mortar stores by internet sellers. E-commerce sales for Q1 accounted for 9.4% of total retail sales, compared to 8.5% one year ago. CBRE analysts urged landlords and tenants to get together on data sharing partnerships to take advantage of the trend.