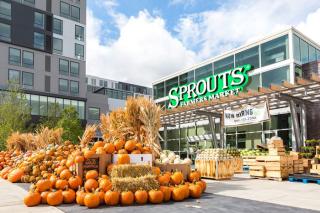 The fast-growing organic grocer will open seven stores in the first quarter of 2019. The locations include its second site in the state of Washington, which the company entered in August.

Sprouts, which currently operates more than 300 stores in 19 states, plans to open a total of approximately 30 stores in 2019.

The Sprouts stores opening in the first quarter of 2019 include:

Phoenix-based Sprouts specializes in fresh, natural and organic products at prices that appeal to everyday grocery shoppers. The shopping experience includes an array of fresh produce in the heart of the store, a deli with prepared entrees and side dishes, The Butcher Shop and The Fish Market at Sprouts, an expansive vitamins and supplements department and more. Headquartered in Phoenix.
Advertisement