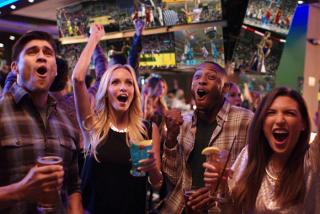 The mall of the future will have more in common with Disneyland than Roosevelt Field, according to a study prescribing that retail real estate must be in the business of helping people accumulate experiences, not merchandise.

Whether or not A.T. Kearney’s clunky rubric for the new mall — “consumer experience space,” or CES — takes root, the consulting firm’s premise is on solid ground: The Millennials and Generation Z-ers who will comprise the bulk of shoppers in the near future will have less disposable income, more proclivity to share possessions, and greater desire for experiences than mall shoppers of the past.

“The key is to control the shopper’s journey and direct the consumer to the proper place, and malls will transition from anchors to attractions,” said A.T. Kearney partner Michael Brown, a co-author of “The Future of Shopping Centers” study.

“Department stores will still play a role, but they won’t be the main draw. Whether the draw is office or residential space or an entertainment venue, every property that exists today may be converted to a new purpose,” Brown said.

The U.S. has a special challenge in a changing retail world because it has so much retail real estate in play. Its 23.5 sq. ft. of retail per person is more than five times that found in either the United Kingdom or Japan, the report points out.

“In Europe, zoning and regulation kept in check what happened in America as we chased the Baby Boomers who needed places to spend their money,” said Brown. Even China’s mall development boom has been more on-trend because shopping areas there have always been closely tied to family dining and entertainment gatherings.

A crucial concept for retailers to grasp, according to the report, is that owning is not as important to younger consumers as experiencing. What’s more, they will have less money to spend than their parents did at their ages.

Baby Boomers are living more than 15 years longer than was expected at the time of their birth and many will exhaust their savings within their lifetimes. That means less inherited wealth and more healthcare expenditures for their children.

As a result, eat-drink-and-be-merry will live alongside live-work-play at CES’s. A little more than a third of discretionary spending went to experiences and experiential products in 1985. That percentage, predicts, A.T. Kearney, will rise to 48% by 2030.