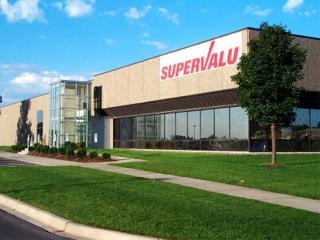 Amid pressure from activist investors and its continuing focus on its wholesale ops, Supervalu is putting another of its grocery brands on the selling block.

The grocery wholesaler and retailer announced it is pursuing the sale of its corporately owned and operated Shop ’n Save banner, whose two divisions operate stores in St. Louis, West Virginia, Maryland, Pennsylvania and Virginia. The company recently announced plans to sell its Farm Fresh banner. (After the sales, Supervalu’s retail banners will include Cub Foods, Hornbacher’s and Shoppers.

Supervalu also said it is selling eight of its distribution centers. The centers, which together account for some 5.8 million sq. ft., are being sold to an undisclosed buyer for approximately $483 million. Supervalu will enter into lease-back agreements for each of the centers after the sale. (In October, activist shareholders, including Blackwells Capital, urged Supervalu to unlock the value of its owned real estate.)

The announcements came as the company reported that its revenue jumped 42% in the fourth quarter, to $3.59 billion. The increase largely credited to Supervalu’s acquisitions of Unified Grocers in California and Associated Grocers of Florida.

“Already in the first two months of fiscal 2019, we’ve capitalized on our business momentum by taking several decisive, strategic actions that further our transformation,” said president and CEO Mark Gross. “These include exiting our Farm Fresh banner, the announcement that we’re pursuing the sale of our Shop ‘n Save and Shop ‘n Save East retail operations, and the monetization of approximately $483 million in owned real estate. With a growing wholesale business and more stable group of retail stores, we believe Supervalu is well positioned for success. While we still have more work to do, we remain optimistic about our ability to grow our core wholesale business and create long-term shareholder value.”

With the planned sale of Shop ’n Save, Supervalu’s retail banners will include Cub Foods, Hornbacher’s and Shoppers.