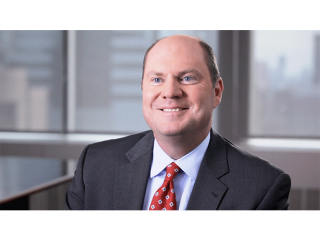 The demise of physical stores has become a familiar narrative during the holiday season, but nothing could be further from the truth according to one man better positioned than most to know.

Tom McGee, president and CEO of the International Council of Shopping Centers (ICSC), understandably has a biased view of the role of physical retail. He joined the trade group in September after a lengthy career with Deloitte where he served as vice chairman and of the global professional services firms. Now, just three months into his new job, McGee is the leading voice for the shopping center and retail real estate industry.

“One of the things that attracted me to this position was I saw an industry that was so critically important to the economy but had not received the respect it deserves,” McGee said. “In 2016, people will begin to realize how important this industry is. There will be a revitalization of interest and enthusiasm in the role of retail and the retail real estate industry in the national economy.”

Interest and enthusiasm was abundant in early December when ICSC held its annual New York National Deal Making Conference in Manhattan. As the largest of nine regional deal-making events ICSC organizes, the New York event served as venue for an ecosystem of players involved in retail development and real estate to gather and, like the name suggests, make deals.

“We had a great conference in New York. It was a homerun with more than 10,000 people in attendance, a real testament to the strength of the industry,” McGee said. “A deal by its very nature is an optimistic bet on the future.”

As McGee looks to the future he is optimistic about ICSC’s global event, RECon, held each May in Las Vegas.

“We expect RECon to continue to grow. We had 36,000 attendees last year and we will have more than that this year,” McGee said.

Heightened interested in deal-making and retail real estate development would seem to run counter to some familiar story lines that surface around the holidays when media interest in the retail industry picks up. Common themes about the demise of physical stores, the growth of e-commerce and the death of malls are more dramatic than the reality of what is going on in an industry where occupancy rates are running near an all-time high of 94%.

From McGee’s perspective, and that of most retailers, the ongoing convergence of physical and digital is the dominant issue of the day. A decade ago, there were some valid concerns about bricks versus clicks and speculation about weaker retailers being supplanted by online only competitors was warranted. Those concerns and speculation have abated as physical retailers stepped up their omnichannel game to the point where many now come much closer to offering the type of seamless physical and digital integration shoppers expect.

“It’s not about brick versus clicks anymore. It is about convergence and retailers are just beginning to touch the possibilities in that regard,” McGee said.

The convergence phenomenon is more evident than ever this holiday season and that was especially true over Thanksgiving weekend. For example, retailers with a physical presence saw 34% of their online sales on Thanksgiving Day and Black Friday picked up in store. More importantly, those who picked up online orders in store made additional purchases while there, according to ICSC research.

Another somewhat counterintuitive observation this holiday season relates to Millennials. There is a perception, according to McGee, that younger generations are more focused on e-commerce, but that is not the case. Again, the trade group has data to substantiate McGee’s claim, which shows that Millennials visits stores more often than any other demographic group. A key reason why is the shift that has occurred in tenant mix and the design of shopping centers to make them more experiential with a range of services, theaters and restaurants.

What has changed, and it speaks to the issue of convergence, is that although shoppers of all type are visiting centers as frequently in the past, they are spending less time at stores. That’s because they often arrive at store with a purpose, having researched products online, so that conversion rates are higher even if customer dwell times have declined, according to McGee.

The issue of convergence is one that McGee comes back to often during conversation because it is key reason why shopping centers will matter even more in the future. Digital tools give shoppers new ways to engage with retailers and satisfy the modern desire for immediacy.

“Human nature is that we want things right away,” McGee said regarding the core strength of the physical store.

There’s a reason Amazon.com has raced to build out a next generation distribution center network in and around urban areas. Doing so has enabled the company to roll out its Prime Now one hour delivery service to 18 markets.