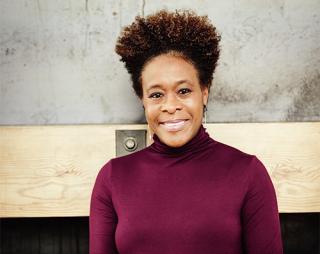 Wallace has served as the leading outdoor apparel and gear retailer’s general counsel and corporate secretary since 2017. Outside of REI, Wallace serves on a variety of nonprofit boards for organizations focused on equity and human rights, including Camber Outdoors and Landesa.

In her new role, Wallace will build and lead a new Diversity and Social Impact Office to lead and champion the co-op's REDI work at an enterprise level. The legal division will continue to report to Wallace, and REI will begin a search for a new general counsel.

"The co-op is uniquely positioned to lead in transforming the outdoor industry into a more diverse and inclusive space where all can thrive outside," said Wallace. "This is a moment for the co-op to make a difference, and I am grateful to be able to bring together my life-long commitment to advancing equity, inclusion and justice, my love for the outdoors and my own lived experience and passion for social change in my work."

"Since joining the co-op in 2017, Wilma has played a number of critical roles—leading our legal team, serving as executive sponsor of the BIPOC (Black, Indigenous, People of Color) inclusion network and helping shape our organizational REDI (racial equity, diversity and inclusion) strategy," said REI Co-op CEO Eric Artz. "Her rich experience in global human rights and her passion for advancing racial equity at the co-op and in the outdoor and retail industries make her the ideal person to lead this work forward."

Among other efforts REI has made to support ongoing commitments to climate and racial equality, diversity, and inclusion is its May 2021 launch of Co-op Studios. This in-house content studio will create films, podcasts and editorial programs, prioritizing storytelling from people and communities that are Black, Indigenous, People of Color (BIPOC), LGBTQ, women, and any other historically underrepresented groups, as well as stories that reflect the human impact and opportunity to protect the environment.

The next release from Co-op Studios is "The Trees Remember," a three-part, scripted, short film series exploring connection to nature through the stories of three Black women. More film projects will be announced in coming months. Upcoming multimedia projects from Co-op Studios include a new podcast series, "Hello, Nature," exploring the experience of our national parks through the eyes of a Pakistani-American; new episodes of the digital outdoor series “Miranda in the Wild”; and a relaunch of the REI Co-op Journal blog as digital publication “Uncommon Path.”

Over the coming months, the company will recruit for additional roles in the new Diversity and Social Impact Office. To learn more about available positions and apply online, visit REI.com/jobs.

REI Co-op is a specialty outdoor retailer, headquartered near Seattle. The nation's largest consumer co-op, REI has 20 million members and operates 169 locations in 39 states and the District of Columbia, as well as an e-commerce site, outlet site, and mobile shopping app.